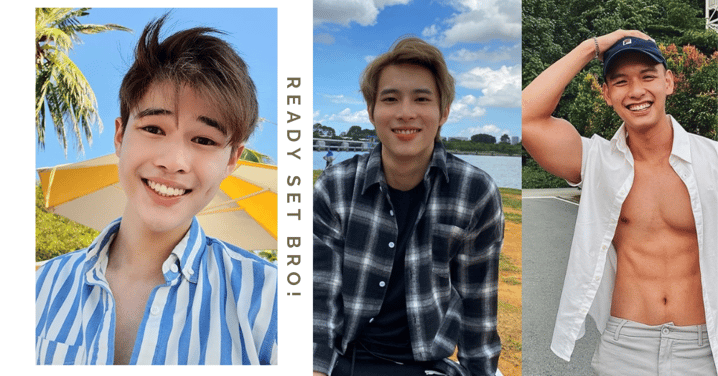 All 6 Dee Kosh Boys Start A New YouTube Channel Together, Without Dee As Part Of The Gang

Half a year after the whole Dee Kosh sexual harassment saga, the 6 talents previously working under the Singaporean YouTuber are back in action making videos together again. But this isn’t part of a Dee Kosh channel revamp.

These 6 “Dee Kosh boys” - including well-known faces Xinde Yap, Go Shi Song, and Ben Tang - have started their own YouTube channel called Ready Set Bro!, and it appears that their ex-mentor Dee isn’t going to be part of this new venture. Oof.

For those who missed out on the previous saga, check out these articles to catch up:

Read on to find out more about Ready Set Bro! by Dee Kosh’s talents!

Ready Set Bro!’s first video was posted on the night of 8 February 2021 on each of the guys’ personal Instagram accounts as well as the channel’s YouTube page.

The video starts off with Ben (@bentanggg) saying hi, but the limelight is immediately shifted to Xinde (@xindeyap) who introduces himself as “the married one”. This statement has already raised a few brows, seeing as he was recently embroiled in a cheating scandal, and has been laying low on social media since.

He then shows off his wedding band, saying, “See, still married.” Hopefully, this means that he’s truly working things out with his wife Paix, who previously announced that she has chosen to forgive him.

Despite being part of this teaser video, Xinde mentions that he will not be appearing in the next few uploads, at least for a period of time. Part of his Instagram caption reads, “I'll be continuing my break and will not be joining the rest in the upcoming videos and will be focusing on spending more time with my family.”

“Nevertheless, the rest of the boys will be doing videos together just like how we used to and we will definitely try to show more of our actual personalities through the new channel.”

Next up is Shi Song (@goshisong), who asserts that he’s the most mature person in the group, followed by Hamza Zaidi (@hamzazaidi), who says he’s the most daring. Shi Song then comes by and dares him to stick his finger up his nose - which he does. Okay Hamza, you’ve made your point.

Keith (@mehkeith) introduces himself as the avid gamer of the gang. “I play a lot of games...and I can play yoooouu!” he jokes in a sing-song voice. “Sike, I’m not Marcus,” he quips at the end.

Marcus Tan (@justmarcuz) then comes in to say that he’s the “most shy, humble, and demure” out of all of them. Hmm, we’re not sure if some of his team mates agree, though!

“We are a bunch of idiots, but we love making videos” Ben proclaims later on.

If you watch till the end of the video, you’ll find an Easter egg - the appearance of a new friend and 7th team member Lenz Angelo (@lenzangelo), the videographer of the group. He reveals on Instagram that his last liner - a wisecrack about him thinking he’s “pretty cute” - wasn’t initially supposed to be part of the video, but edited it in anyway.

We’re guessing he’ll be behind the screen more than he will be in front of it, but perhaps we’ll still be able to catch his cheeky cameos from time to time!

Previously, makeup pro Putra (@mahcutykins) used to be part of the whole Dee Kosh squad, but chose to leave the company after the scandal. He previously stressed that while he had chosen to no longer associate with Dee in a business context, he was not cutting Dee off from his life as he had helped him a lot in his career.

Putra is not part of Ready Set Bro!.

The description of Ready Set Bro!’s first video reads, “We're just dudes who want to make videos. Just pure fun in the sun...and sometimes in the studio. We're so excited for this new journey that we are on, and we hope you will keep watching every. single. Week!”

Based on that, it sounds like we can look forward to consistent weekly uploads - can’t wait to see what they have in store for us!

As for Dee Kosh himself? It’ll probably be a while before we hear from him at all. He’s been out of the limelight for the past few months now, and it is unclear as to whether he will be making a comeback on social media.

While you're here, check out our other articles on local celebrities and influencers: