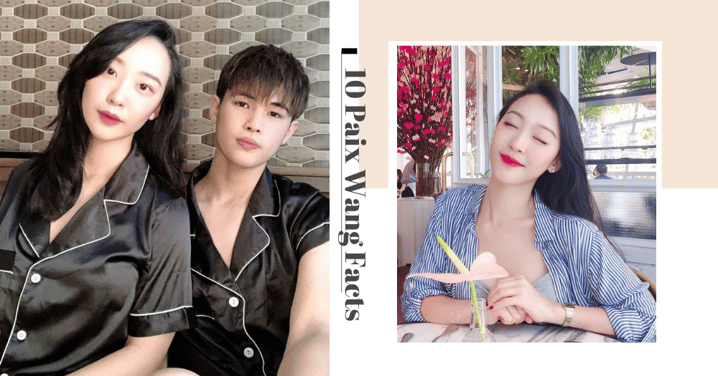 10 Things To Know About Paix Wang, AKA Xinde Yap’s Wife Who Got Cheated On By Him

By now, many have heard the story of how Singaporean influencer Xinde Yap has cheated on his wife, Paix Wang, after less than 1 year of marriage. This affair was brought to light publicly by the couple themselves, after someone allegedly attempted to extort $20,000 from Xinde in exchange for keeping the whole thing a secret. Oof.

Xinde is most known for being a “Dee Kosh Boy” - i.e. one of the dudes who often appears alongside Dee on his YouTube channel. But despite her current follower count of over 9k, not much is known about Paix, other than the fact that she’s Xinde’s spouse. We did some digging, and uncovered these 10 facts about Paix Wang for all you kaypoh kias out there.

If you haven’t kept up with the cheating scandal, read our previous article on it here.

Read on to find out more about Paix Wang, Xinde Yap’s wife!

The first thing you’ve probably noticed about Paix - other than the fact that she’s really pretty - is her unusual name, which was given to her by her grandfather. No, it’s not a purposeful funky misspelling of “Paige”. Paix actually means “peace” in French, and it’s pronounced somewhat like “pay” or “peh” with a silent “x”.

With a slender figure and sweet girl-next-door look, is it surprising at all that Paix was a beauty pageant contestant? In 2011, at the age of 19, she participated in Miss Singapore World, and was one of the top 20 finalists of the competition.

Although she didn’t make it to the top 10, she was still given a fair bit of limelight through interviews with the press.

#3: She is 3 years older than her husband, Xinde

At time of writing, Paix is 28 years old while Xinde is 25 - not that it matters, and not like it shows, because they both look as youthful and radiant as each other. 3 years isn’t much of a gap when you’re an adult, but we’re just putting it out there because plenty have been curious about their respective ages. So, there you have it.

#4: She used to swim competitively

Despite her slender frame, Paix was a competitive swimmer back in her secondary school days at CHIJ St Joseph’s Convent. She helmed the “Individual Championship” title for 3 years in a row in Singapore’s annual Inter-school Championship for swimming, and attained 7th place nationwide in 2005.

#5: She worked as an SIA air stewardess for about 2 years

Paix has got that whole air stewardess look and demeanour down pat, we’d be pretty surprised if she said she didn’t work for Singapore Airlines at one point in her life or another. Her stint with them was from 2016 to 2018, during which she travelled to plenty of exciting destinations.

Scrolling through her Instagram feed full of travel photos in places like France, Morocco, and UK is sure stirring up some serious wanderlust!

#6: Her ancient blog still exists, with pensive posts dating back till early 2011

90’s kids have now grown up and ditched their old teenage blogs for new-age social media apps like Instagram and TikTok. And while many of us have since deleted our Blogspot/Wordpress/Livejournal archives out of sheer embarrassment, Paix’s ancient blog is still thriving out there on cyberspace - despite being inactive.

Her latest post is dated 12 February 2019, presumably about a lost love, with the earliest one published in January 2011. In between, you’ll find tons of little life anecdotes, musings, book and song quotes, travel shots, and selfies with friends.

Scrolling through this blog gives us a better picture of who she is and how she has grown as an individual - the phrase “hopeless romantic” pops up quite a few times, and she appears to be a pensive, self-aware person who loves literature and contemplating life.

The URL is paixcheng.wordpress.com, which might cause some confusion since her surname is Wang, but as the photos reveal, this online journal indeed belongs to her. Sources have told us that her Chinese name is Cheng Cheng, which thus explains the URL.

#7: She’s an adventure seeker who enjoys diving and nature hikes

Paix seems to be quite the adventure seeker, having expressed her love for diving and nature exploration on social media on more than one occasion.

In fact, she previously posted a travel bucket list on her blog which included swimming with whale sharks and sea lions, bungee jumping in New Zealand, and sky diving at The Great Blue Hole in Belize, a coastal Caribbean country.

This bucket list was written back in 2014, so we’re not sure if her goals have changed over time. But we sure admire her courageous spirit that makes her unafraid to venture into the unknown!

Nope, this lady here isn’t just a pretty face. Paix studied at Monash University in Melbourne, Australia, and graduated with a degree in Journalism under their Communications and Media Studies course. Her GPA? An impressive 3.9 out of 4. Not only that, she also made the Dean’s List. Brains and beauty, check.

#9: Helping the less fortunate is something she’s truly passionate about

All that talk about helping the less fortunate during her pageant interviews wasn’t just for show. Paix actually walked the talk, with quite an extensive list of volunteering experience under her belt.

Other than being an academic mentor to underprivileged children at the Movement for the Intellectually Disabled of Singapore (MINDS) as well as Beyond Social Services, she also volunteered to help old folks at Lions Home for the Elders.

This isn’t something that she shows off on social media too often, but we’ve seen occasional photos of Paix in various yoga contortions here and there - and boy is she good. Perhaps these are deemed as “standard” poses to other yoga pros, but c’mon, how many of the rest of us can say that we are able to pull off such poses without falling over?

Maybe yoga is her secret weapon in keeping her body svelte and toned.

While you're here, check out these other articles on celebrities and influencers in Singapore: