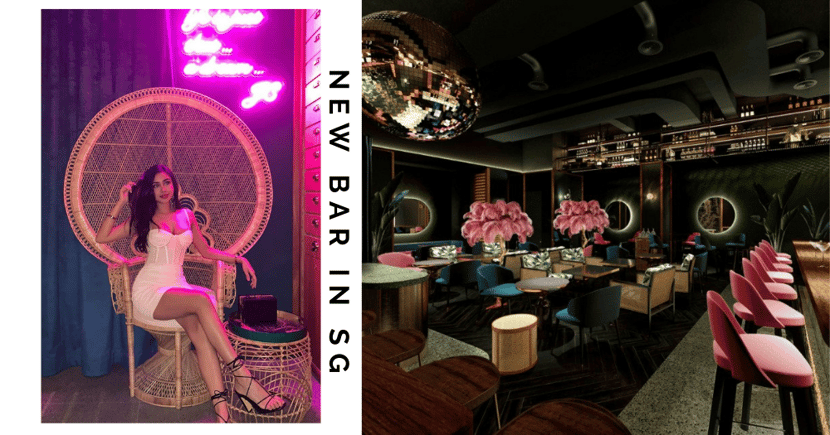 Time to jio your bae and girlfriends for a night out, there's a new stylish bar in Singapore worth checking out - Set of Six.

This cocktail bar & restaurant has a gorgeous tropical-themed interior which, along with the drinking and dining experience, tells a story.

Keep reading to check out our review of Set of Six!

Named after the novel A Set of Six by Joseph Conrad, this new bar & restaurant reflects the author's sailing career around the world, including to Singapore.

In the 18th century, Conrad would sail between Java and Singapore, shipping goods as well as smuggling guns and gun powder. Disguised as an apothecary with a vintage cabinet and traditional spice jars, the hidden entrance of Set of Six is a nod to the secrecy code and double life of smugglers. Behind the velvet curtain is the cocktail lounge! First of all, the interior design is simply gorgeous, giving us major The Great Gatsby vibes. Designed by Hot Design Folks, the cocktail lounge brings Conrad's experiences to life from ship-themed decor to tropical touches.

Velvet chairs, pink feathered trees, touches of gold and a giant disco ball all paint the perfect scene of a glamorous night out. If you need to use the bathroom, there's an Insta-worthy backdrop waiting for you there. At the bathroom entrance is a peacock chair with pink neon lights in the background where you can pose like you're on the cover of a 70s magazine. The tropical theme continues in the bathroom where you'll be greeted by monkey light fixtures, jungle wallpaper with more monkeys and, curiously, wildlife sounds playing in the background. The menu is inspired by Conrad's travels in six territories: Italy, France, Great Britain, South America, Spain and the Seven Seas, with two dishes for each of them.

Some highlights for us were the Italian Lobster and Fennel Ravioli ($29) with bottarga, uni and caviar which had a sublime, creamy sauce with buttery lobster, and the spicy South American Sea-bass Ceviche ($28) which had soft, tender fish complimented with a delicious and unusual mix of sweet potato and popcorn with tiger's milk. Our favourites were The Mutiny, a rum-forward sour cocktail balanced by apricot, pineapple and subtle hints of star anise and fennel, and The Cavalier, a refreshing drink with calvados, citrus and Burma tonic. More places to wine and dine in Singapore: