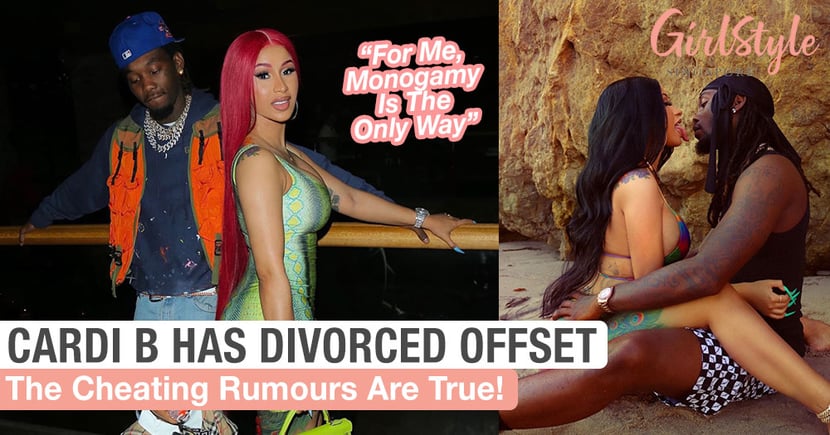 It’s official: After 3 years in an on-again, off-again marriage, rappers Cardi B and Offset, whose real names are Belcalis Marlenis Almanzar and Kiari Kendrell Cephus respectively, have called it quits for real in a divorce. This divorce comes after multiple rumours about Offset’s infidelity - which Cardi has more or less confirmed in an interview.

Read on to find out more about Cardi B and Offset’s divorce. American rapper Cardi B has filed for divorce from her husband Offset, also a rapper, after 3 years of marriage.

The pair married in secret back in 2017 and had a daughter named Kulture Kiari in 2018. Though they seem to have a close, loving relationship with their daughter and constantly dote on her with lavish birthday parties, gifts, and even matching outfits, it seems like the same level of happiness isn’t exactly present between the two rappers - although we wouldn’t quite have guessed from Cardi’s social media posts. Despite rumours of infidelity throughout their rocky relationship, Cardi has constantly been posting photos of her little family, as well as plenty of steamy shots with her now ex-husband - including a video where she was twerking suggestively against him, and a photo with the caption “I be wanting to eat him”.

My baby.He learning the steps 😩😂

But it appears that the cheating rumours are indeed true, as Cardi was recently quoted saying, "We have come to a clear understanding. For me, monogamy is the only way." It’s pretty obvious that someone hasn’t been keeping his hands out of the cookie jar. This time, it looks like the split is going to be final. Cardi said, ''I decided on my own. Nobody makes my decisions about my life but me.” Offset reportedly suggested marriage counselling to try and patch things up again, but Cardi was firm on her decision, saying, “There's no counsellor or nothing that could make me change my mind.'' This divorce comes at an exceptionally high point in Cardi’s career. Her latest single, WAP - which stands for something very explicit that we shan’t spell out - recently topped the Billboard charts at number one, with 93 million streams in the USA alone in its opening week. Cardi is trying to gain full custody of Kulture, along with child support from Offset.

Read our other celebrity news articles:

Share this with a friend who enjoys reading celebrity gossip.