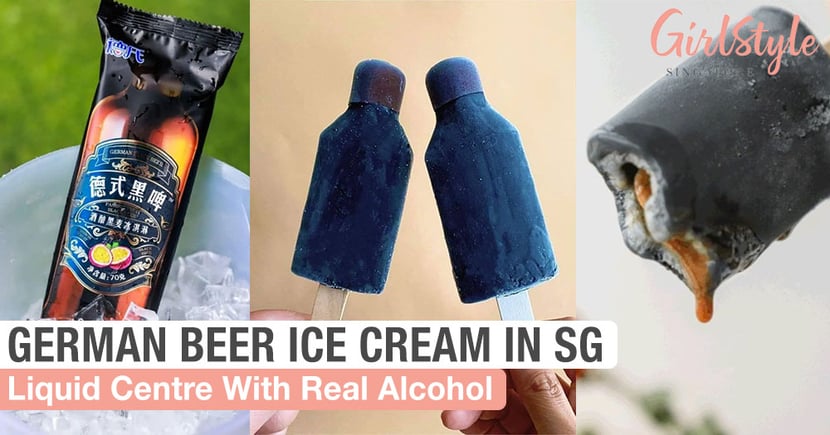 While Singaporeans have been going gaga over bubble tea-flavoured ice cream, foodies in China have been lapping up the trend that is German Black Beer Ice Cream. And who knows, this might just be the next dessert craze here too, seeing as this alcoholic ice cream is making its way to Singapore from 13 July 2020 onwards.

Read on to find out more about this German Black Beer Ice Cream! Black beer is similar to stout in that it's made from roasted malt and has a strong, slightly bitter flavour. Sometimes, this comes with notes of chocolate or coffee. This German Black Beer Ice Cream comes on a lolly stick, and it’s interesting to note that the ice cream itself is shaped like a beer bottle - how creative! From the looks of it, it’s chocolate-coated, so you don’t have to worry about it being overly bitter. The best part is that it has a liquid centre, similar to that of boozy chocolates. It’s the real deal too, with 1% alcohol. That’s hardly enough to get anyone tipsy, but just imagine all that beer lava filling bursting into your mouth upon first bite! Photo from T For Travel

This German Black Beer Chocolate Ice Cream will be available in Sheng Shiong supermarket outlets in Singapore from 13 July 2020 onwards. Alternatively, you can order it from Happy Ice at $12.90 for a box of 3. That’s $4.30 per stick, which is still cheaper than a can of beer. Cheers to that! 🍻

Read our other alcohol-related articles: