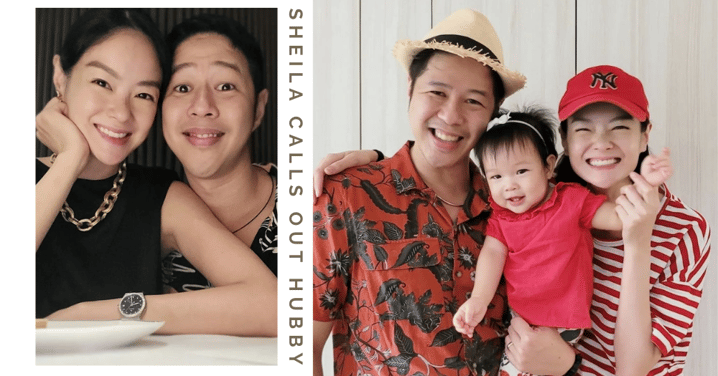 While other mums were posting happy photos of their kids, husbands, and the gifts they received on Mother’s Day, Singaporean actress-model Sheila Sim’s social media uploads sang a different tune. Instead of a warm and touching, her Instagram post on what was supposed to be a joyous occasion was a sombre one with a tinge of disappointment.

In this post, she publicly called out her husband, Deon Woo, for his failure to plan anything for her on Mother’s Day. A day later, on 9 May 2022, she uploaded a second post defending her choice of actions.

P.S.: Read about Jay Chou and Hannah Quinlivan welcoming their third child into the world, and how they found out about their surprise pregnancy in the wildest way possible!

Read on to find out more about Sheila Sim and her Mother’s Day disappointment!

First, a bit on the post that started it all - a very glamorous professionally-shot photo of herself with her daughter Layla Woo (now aged 1.5 years), who was still an infant at the time. As for her husband? Nowhere to be found. The caption did mention him though, albeit not in the most positive light.

“No celebrations, no flowers, no cards for me this Mother’s day because the husband failed to plan. I am disappointed, because Mother’s Day is the most meaningful day for me. Not my birthday but Mother's Day. Because I worked so hard to be a mother.”

She continued, saying “But I try hard to remind myself that the biggest gift of them all is Layla. I'm doing this because I love Layla with every bit of my heart, and I shouldn't have expectations of returns.”

She ended the post by addressing other mothers who might be feeling the same way, saying that they are “not alone” and that she understands their “frustration and disappointment”

“Still, Happy Mother's Day to you. Because we mamas deserve to be celebrated.”

This post garnered mixed reactions from fans and the public. On one hand, there were other mums commiserating with her, saying that they felt the same and that Mother’s Day often ends up being more about their kids than themselves.

The next day, she took to Instagram once more, this time posting a solo selfie. She started out by thanking those who wished her Mother’s Day as well as the other ladies who came forward to sympathise with her. She also claimed that the post about her husband was just her being “authentic” and honest about her feelings.

“Life and relationships alike, [are] not always a bed of roses. I'm grateful to have followers who [appreciate] the authenticity albeit it being bitter sometimes. Such is life, isn't it?”

“But no it's not. Because 1 sh*tty post about my husband is me being very conservative. Lol!” she jokes.

Sheila maintains that different things hit people differently, and while Mother’s Day isn’t seen as a big deal to some, it is for her. She then appealed to the public to avoid judging her and her husband through their “own pair of lens”, and asked them to read her posts “with kindness and compassion”.

This, again, drew varying responses, from encouraging ones to those that still expressed disgust over her airing her dirty laundry in public.

Public sharing on social media aside, we hope that Sheila and her husband Deon have had open communication with each other to work out this issue. Let’s see if Deon comes through next year to give Sheila the dream Mother’s Day celebration she’s hoping for!

Share this with a mum friend and ask her what she thinks of the whole situation!

7
11 Aug
7 Smart Financial Tips Every Singaporean Woman Should Know, Whether You’re A Savvy Girlboss Or A Devoted Homemaker