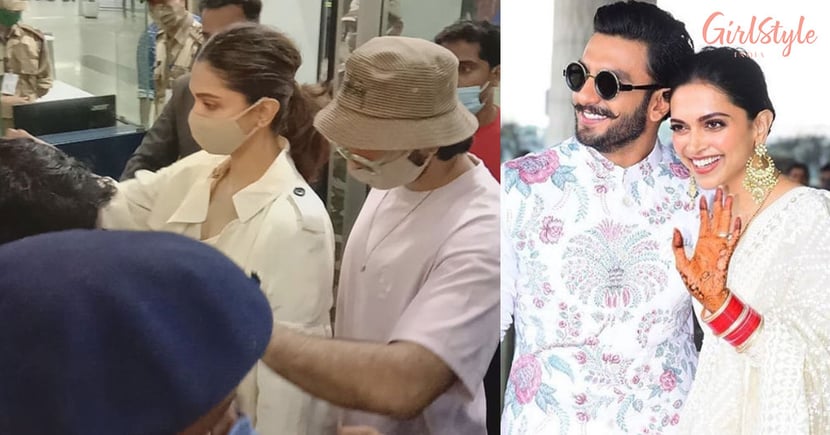 Deepika Returns From Goa With Ranveer, To Get Questioned By NCB In The Drug Case

After Rhea Chakraborty's arrest, many names of Bollywood's influential people were linked to drugs. A couple of days back, India's one of the biggest stars Deepika Padukone's chat got leaked in which she was seen asking for drugs. Later, NCB summoned her. The actress was shooting in Goa and left for MUmbai with her husband Ranveer Singh. Looking that all that's happening, security  outside her Mumbai house has been beefed up.

If reports are to be believed, Ranveer Singh has written an application to NCB to give him the permission to join his wife during the probe as she suffers with anxiety.

NCB has widened its probe and names of Shraddha Kapoor, Sara Ali Khan and rakul Preet Singh have also come up.

Meanwhile, Kangana Ranaut is leaving no stone unturned to target Deepika. After the latter's name came on the cage, she tweeted, "Repeat after me, depression is a consequence of drug abuse. So-called high society rich star children who claim to be classy and have a good upbringing ask their manager,” MAAL HAI KYA?"

Repeat after me, depression is a consequence of drug abuse. So called high society rich star children who claim to be classy and have a good upbringing ask their manager ,” MAAL HAI KYA?” #boycottBollywoodDruggies #DeepikaPadukone https://t.co/o9OZ7dUsfG

It all started when Sushant Singh Rajput was found hanging at his Mumbai apartment. The investigation is still being carried out by CBI.