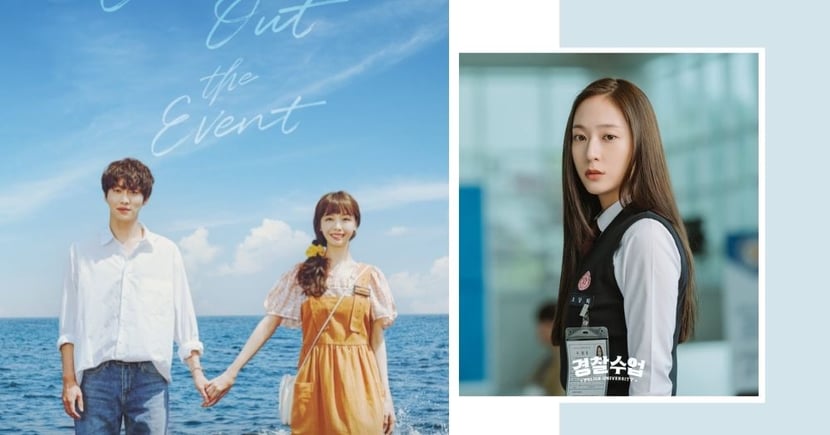 It's almost the end of July 2021 but did you manage to catch some of the highly-anticipated K-dramas that aired this month, such as The Devil Judge and The Witch's Diner? Fret not if you haven't, because there's still time to catch up before more new ones start airing next month!

But if you have already finished binge watching and are looking forward to new ones, here are five exciting K-dramas broadcasting in August 2021 including a fantasy-historical romance drama starring Kim Yoo Jung. The Road: Tragedy of One stars Ji Jin Hee, Yoon Se Ah and Kim Hye Eun. This mystery-crime thriller focuses on the desires and secrets of the top 1% living at "Royal the Hill".

Baek Soo Hyun (Ji Jin Hee) is a respected anchorman and reporter in Korea who uncovers the truth behind cold cases. Seo Eun Soo (Yoon Se Ah), his wife, places her family as priority and her children are her everything. Cha Seo Young is a news anchor who seemingly has everything, but she is never satisfied with what she has.

The drama will tell the story of how a tragic incident one night reveals secrets that spin out of control. Police University was supposed to air last month but had to be postponed due to filming reschedules, and it's finally confirmed that it will be airing in August! The star-studded cast includes Cha Tae Hyun, Jung Jin Young and Krystal.

Yoo Dong Man (Cha Tae Hyun) is a detective who teaches at the university and winds up teaming his students together for investigations. Kang Sun Ho (Jung Jin Young) is a hacker who has no ambitions, but eventually becomes a student at the police university. He meets veteran detective Yoo Dong Man there and turns over a new leaf when he gets inspired by other youths at the university. He also unexpectedly falls in love with Oh Kang Hee (Krystal).

If you are into eye candies when it comes to watching K-dramas, this one with the actors in uniform will surely tick all your boxes! Ha Song Yi (Minah) and Park Do Kyum (Kwon Hwa Woon) are ex-lovers who go on a couples trip to Jeju Island, which they won in a lottery they took part in prior to their breakup. Do Kyum is the leader and vocalist of an indie band who has a romantic side to him despite his feisty exterior. Song Yi works as a botanical garden coordinator who believes that people are capable of betrayal, but not plants. She finds herself struggling after breaking up with Do Kyum, and yet has to put on a facade to go on the trip with him. There, a love triangle develops when Seo Ji Gang (Ahn Woo Yeon), a travel guide starts developing feelings for Song Yi.

It's not a K-drama if there's no second male lead to vie for the female lead's love and attention!

Kim Seon Ho and Shin Min Ah's highly-anticipated drama will finally be airing on 28 August! Hometown Cha-Cha-Cha is a drama remake of the 2004 movie, Mr. Hong, and is Kim Seon Ho's first project after Start-Up, where his role as the second male lead had many rooting for him.

Yoon Hye Jin (Shin Min Ah) is a dentist who has both beauty and brains, but can be clumsy at times too. She moves to a village by the sea after various obstacles and meets Hong Doo Shik (Kim Seon Ho) there, a guy who is an expert at odd jobs and helps everyone around town.

It's going to be fun to see how two people with very different personalities fall in love! Lovers of the Red Sky stars Kim Yoo Jung as the female lead and this is her first historical project in five years since Love in the Moonlight. In case you didn't know, she made her acting debut as a child actress and is known for her exceptional acting skills, especially in historical dramas. Rising actor Ahn Hyo Seop plays her counterpart in this.

The drama is based on the novel "Hong Chun Gi", weaving romance and fantasy together while set in the Joseon era. Hong Chun Gi (Kim Yoo Jung) is the only female painter in the Joseon dynasty with a beautiful appearance and bright personality. Ha Ram (Ahn Hyo Seop) is an astrologer who is able to read the stars despite losing his vision. The two characters meet and a passionate love story ensues.

A confirmed broadcast date for the drama has not been confirmed yet, but fans can look forward to catching it in August too.