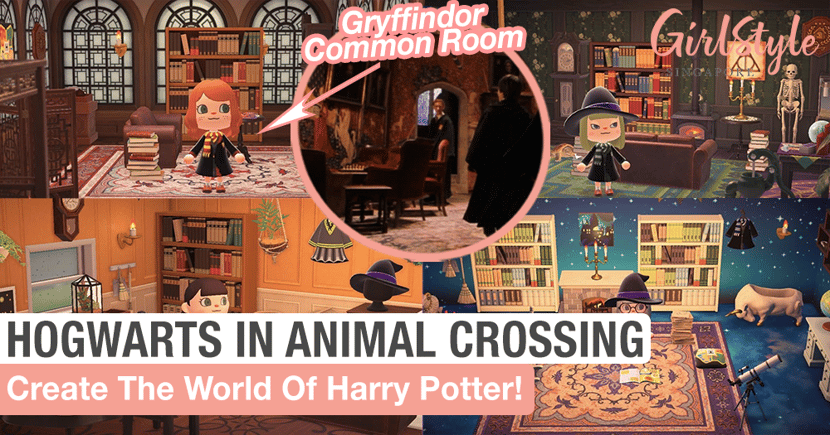 Since Animal Crossing: New Horizons launched in March 2020, players have been flexing their creativity to expand their virtual world thanks to its new customisation tool.

One twitter user has taken things up a notch, creating an ultra-detailed world of Harry Potter in the game.

Taking quite some time, she created all four common rooms in Hogwarts School of Witchcraft and Wizardry complete with characters dressed in their uniforms.

The Gryffindor common room has the same warm and cosy look in the movie with a red carpet, large windows and intricate wooden furniture.

The Slytherin common room is as creepy as you'd expect with a skeleton, black crow and green wallpaper.

You'll get happy vibes in the Hufflepuff common room that has a cottage-style interior with a brick fireplace, houseplants, a teddy bear and cake!

Last but not least, the Ravenclaw common room has blue, star-filled walls with candles and a world globe.

She even created Platform 9 3/4 so you can try running into the brick walls!

If you're inspired to create Hogwarts in Animal Crossing: New Horizons too, check out the QR codes used to make it in this video:

Did you know that you can go on a holiday in Sentosa's Virtual Island while playing the game? Check out other fun Nintendo Switch games to play!