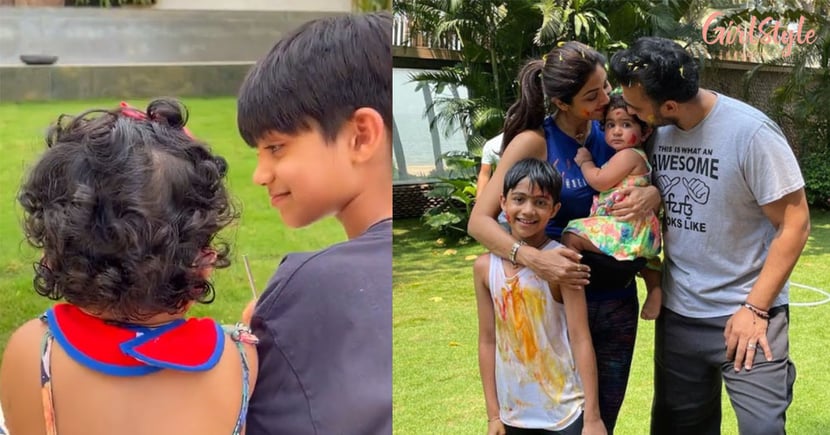 Shilpa Drops A Video Of Viaan & Samisha And It's Adorable, Watch

Actress Shilpa Shetty recently shared a video of her kids Viaan and Samisha. She posted it on the occasion of Brother's day to celebrate the special bond between siblings. In it, both the kids can be seen sitting in the garden while Viaan is drinking coconut water, Samisha asks for some. However, he made Shilpa laugh when he gave just a few drops to his baby sister.

Sharing the video, she wrote, "Having a younger sibling somehow makes the older one responsible, protective, mature, & even territorial (I would know!) I’ve had Rakhi brothers much later in life, but Samisha’s lucky to have a real one. To see this just makes my heart melt Priceless."

Earlier, the actress had talked about her kids to Bollywood Bubble. She had said, "It was really hard because my son is nearly nine and he is doing virtual school. To be a hands-on parent, with a newborn, not making him feel like he is being ignored, because he has always been the apple of my eye and all of ours, was a hard task."

A couple of days back, Shilpa's family recovered from covid. Her children and parents-in-law were tested positive. Recently, she informed that they have recovered and also shared the video of sanitization.

On the professional front, Shilpa will next be seen in Hungama 2.