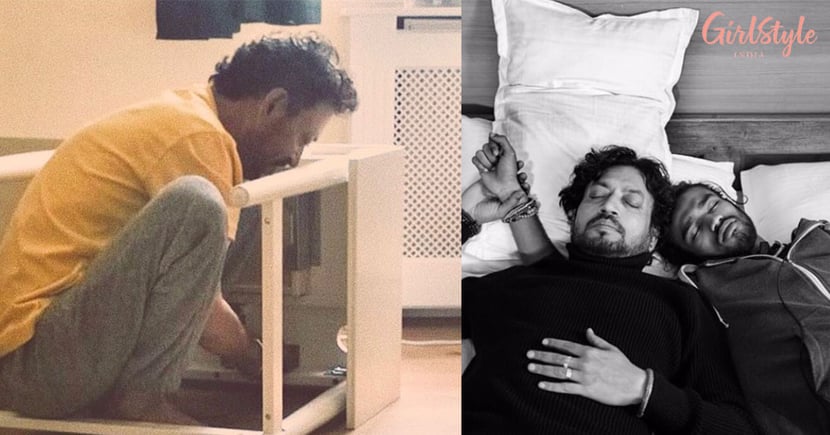 It is Irrfan Khan's first death anniversary and we are still in shock that we won't be able to see this talented actor again. On his first death anniversary, son Babil shared an emotional post. He posted a picture of Irrfan's chemotherapy days in which he can be seen smiling like a child. Babzil wrote that no actor could ever replace him and we couldn't agree more.

The post read, "Chemo burns you from the inside, so to find joy in the simple things, like building your own table to write your own journals. There is a purity, I have not yet discovered. There is a legacy that has already been concluded by my Baba himself. A full stop. Nobody can ever replace him. Nobody will ever be able to. To the greatest best friend, companion, brother, father, I ever had and ever will have. I love you so much, for the rest of this chaos we are choosing to call life."

He added, "I miss you, more than all that shah-Jahan/mumtaz stuff; I would have built a space monument that could have taken us to the furthest parts of a blackhole singularity you were always intrigued by, but I would have been there with you Baba, and we could have gone together, hand in hand."

On a related note, Irrfan was last seen in Angrezi Medium.  Babil, on the other hand is all set to make his debut wsith Anushka Sharma's Clean Slate Productions.