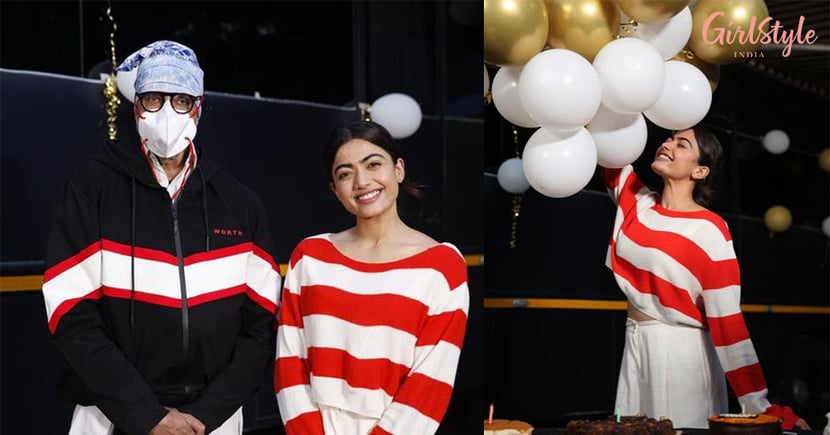 South Indian actor Rashmika Mandanna is all set to make her big Bollywood debut. The lady is currently shooting Goodbye and she celebrated her birthday on the sets with none other than her co-star Amitabh Bachchan. She shared a series of pictures in which she can be seen posing with the legend.

She captioned the post as, "What a satisfying day looks like.. P.S. The mask was taken off only for clicks! Wear a mask at all times, guys @amitabhbachchan #VikasBahl #Goodbye."

Goodbye is directed by Vikas Bahl. The project is bankrolled by a Balaji Telefilms and Reliance Entertainment.

Talking about the movie, Ekta Kapoor had said, "Goodbye is an extremely special subject which has emotion and entertainment in equal measure. It’s a story that every family will identify with. I am ecstatic to be working with Mr. Bachchan and thrilled to present Rashmika Mandanna in this beautiful film!"