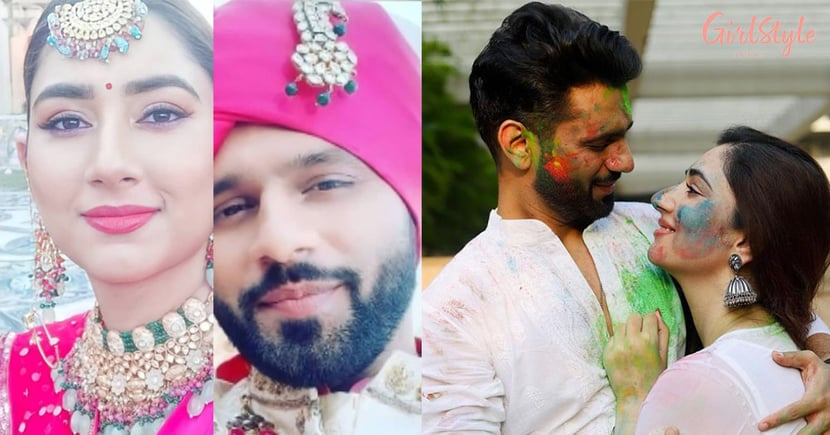 Bigg Boss 14 fame Rahul Vaidya and his girlfriend Disha Parmar have been dating for quite some time. The duo is planning to get married soon. However, some of their pictures dressed as groom and bride are going viral on the internet. Firstly, people thought that they got married secretly and later they came to know those were BTS from an upcoming music video.

Well, their pictures are making us excited for their wedding.

Rahul proposed to Disha inside Bigg Boss house on her birthday. The lady came on the show and accepted his proposal. After coming out, both the stars were seen going on dates. In fact, Rahul also said that they are getting married in a couple of months. He said, "We are still in the process of finalising a date, but marriage will happen in three to four months. Both of us are calm people. We aren’t fussy at all. I have performed at a lot of weddings and have witnessed all the grandeur, which is why I would prefer mine to be simple and intimate. We will host a function for the fraternity later."

On a related note, Rahul was the runner up of Bigg Boss 14.