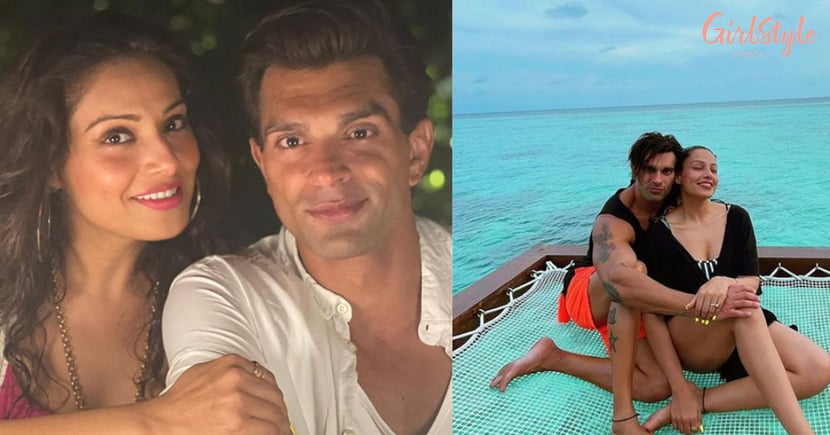 Bipasha Basu and Karan Singh Grover are holidaying in Maldives. The latter celebrated his birthday in the picturesque location. The actress shared a mushy picture along with a romantic caption for her husband. This goes without saying that they are head over heels in love with each other. Maldives is undoubtedly the couple's favorite holiday destination.

Sharing the picture, Bipasha wrote, "My 2nd most favourite day of the year is here... Karan Singh Grover's birthday. I love you."

Here are some pictures from their vacation:

Bipasha and Karan met on the sets of Alone in 2015. They took wedding vows on April 2016 as per Bengali traditions. Later, they hosted a grand reception for their friends which was attended by many renowned celebs. Both of them shares the screen space in the web series Dangerous. Karan was also seen in Ekta Kapoor's Kasautii Zindagii Kay 2.

Earlier, in an interview with a leading daily, the couple talked about adopting kid. Bipasha said, "Let’s see. Things will happen the way God wants them to. And even if we do not have a child of our own, it is fine. There are many children in this country, we can take care of them as well. We are fortunate, but there are so many children who do not get even the basic facilities. It is also our responsibility to look after those children. So let’s see what happens in the future." Feature Picture- Instagram
Text- GirlStyle IN