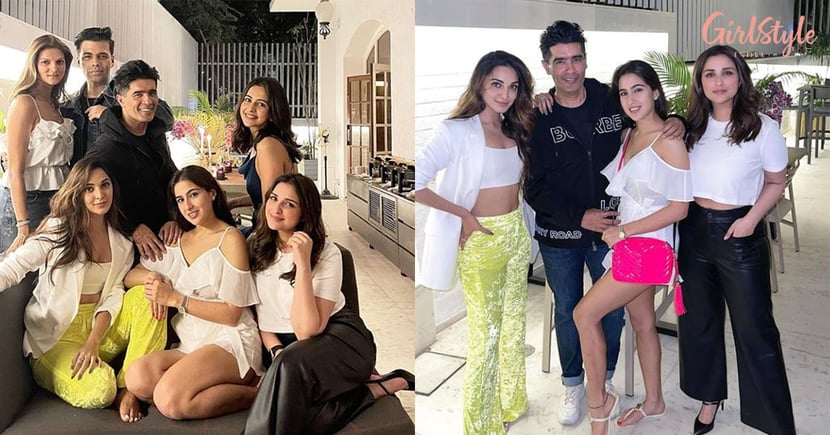 Inside Manish Malhotra's House Party With Sara, Kiara & Others

Sara Ali Khan, Parineeti Chopra, Rakulpreet Singh, Kiara Advani and many other celebs had a perfect weekend as they attended a party at Manish Malhotra's residence. South star Vijay Deverakonda, who is soon going to make his Bollywood debut, was also spotted at the bash along with Karan Johar. The pictures surfaced on the internet prove they had a blast.

Sara wore a white dress and paired it with a red sling bag. Kiara looked beautiful in a white crop top and neon trousers. She completed her look with white coat. Parineeti paired black trousers with a white crop top. She is waiting for the release of her upcoming film, The Girl On The Train. Rakul looked pretty in a blue dress.

Have a look at pictures: