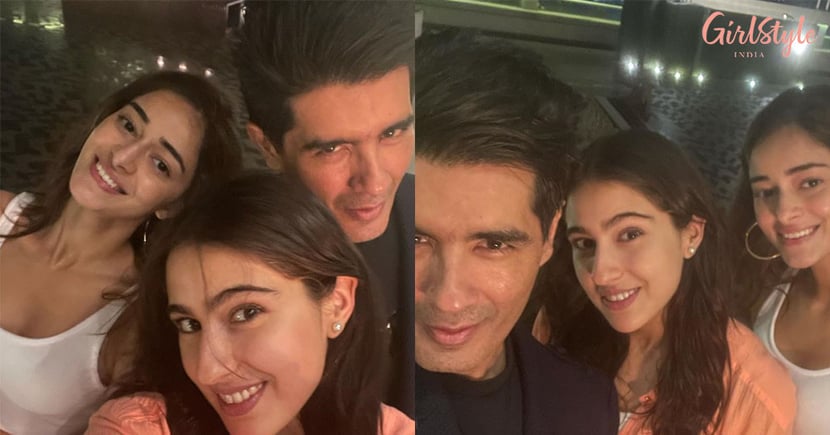 Karan Johar has been away from the limelight for quite some time due to the constant criticism he got after Sushant Singh Rajput's death. However, seems like things have started to get better. The director hosted a house party recently which was attended by Sara Ali Khan, Ananya Panday and Manish Malhotra. Some of the pictures have surfaced on the social media which prove that it was a super cool party.

Unlike KJo's other parties where celebs come dressed in glamorous outfits, guests were seen wearing comfortable dress. Ananya wore a white tank top with a pair of blue jeans whereas Sara donned a peach knot top with a pair of shorts.

Have a look at some pictures:

Nitasha Nanda and fashion designer Nandita Mahtani also attended the party but sadly, we couldn't spot Karan in any icture. Even Shah Rukh Khan gave this party a miss.

On a related note, Sara was last seen in CoolieNo 1 with Varun Dhawan. Recently, she was also seen shooting with Akshay Kumar at the Taj Mahal for Anand L Rai's Atrangi Re. Ananya celebrated her New Year with Ishaan Khatter in Maldives. She will next be seen in Shakun Batra's romantic drama with Deepika Padukone and Siddhant Chaturvedi.