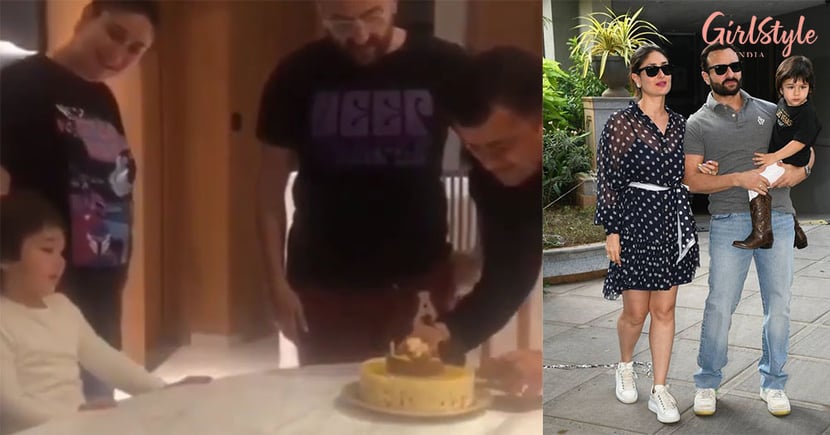 Kareena Kapoor Khan and Taimur Ali Khan accompanied Saif Ali Khan to Dharmshala where the latter is shooting for Bhoot Police. Their pictures from the Diwali celebration were a treat to fans and now a new video has surfaced online in which three of them can be seen celebrating a friend's birthday. Taimur can be seen singing birthday song with Saif and Kareena. However, the little kid got excited and started singing loudly and that's when Saif asked him to sing nicely. Taimur then immediately lower down his voice and continued.

Check out the video:

Here are pictures from their Diwali celebration:

Earlier, while talking about her Diwali plans, Bebo had said, "Saif is shooting in Dharamshala for a film, and I have never been there, so Taimur and I will join him there. We are actually looking forward to setting out. It will be great to travel to the mountains and spend time in the open air and sunshine. It’s been a year where we had to be at home for a long duration. So, going to Dharamshala and being there for a few days will be great."

On a related note, Bhoot Police also features Arjun Kapoor, Yami Gautam and Jacqueline Fernandez. Kareena, on the other hand, will be seen in Aamir Khan starrer Laal Singh Chaddha.