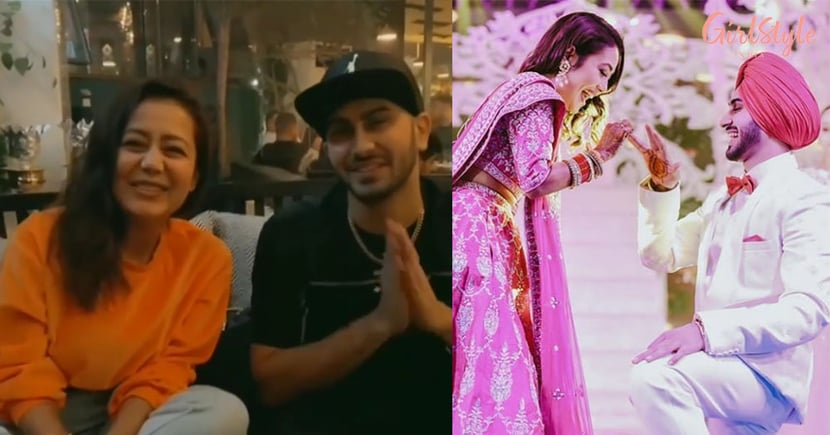 Newlyweds Neha Kakkar and Rohanpreet Singh are enjoying their honeymoon in Dubai. Both the stars have been giving a sneak peak into the fun that they are having together. From dancing in the car to having dinner, the couple is indeed enjoying their stay in Dubai. They jetted off to the honeymoon after celebrating Karva Chauth.

Have a look at their pictures:

Recently, designer Anita Dongre shared Neha and Rohanpreet's love story. They met on the sets of Nehu Da Vyah and fell head over heels in love. He said, "We literally met for the first time on the set of the song we did together - Nehu Ka Vyah and I didn’t even realise what she wrote for that song would come true one day. It literally changed my life for the best."

He added, "For me it was absolutely love at first sight. She’s one of the most down to earth people I’ve met. One fine day, I mustered the courage to propose to her and she said yes! Shukar hai mere rabba. Really, thank you, God."

Neha said, "My first impression of him was that he was so good to each and every person on the set. And undeniably, he was the cutest boy I had ever come across. The attraction was strong. I think it was really in those initial moments itself that I knew he was the one for me."