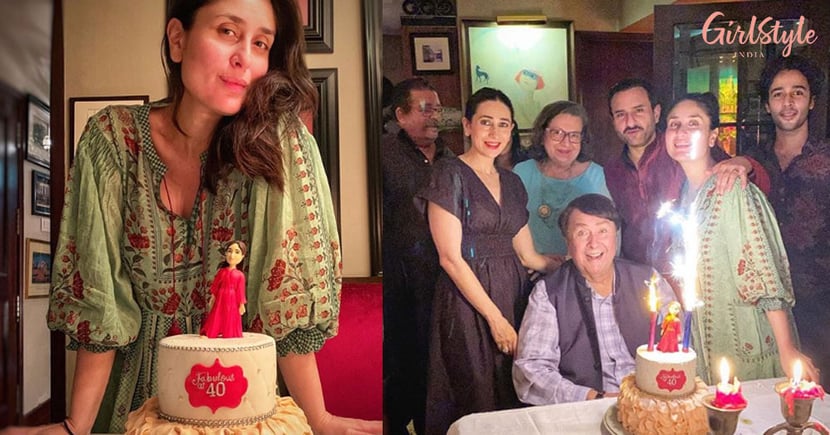 Actress Kareena Kapoor Khan has turned a year older today. She celebrated birthday with her family. Karisma Kapoor, their parents - Babita and Randhir Kapoor and Saif Ali Khan were seen beaming with happiness. It was Bebo's birthday cake that grabbed all the attention. It had fabulous at 40 written on it. The pictures prove that the Kapoor family had fun.

However, we are missing Taimur from the pictures. Have a look:

A couple of days back Saif and Kareena announced that they are expecting their second child. The statement read, "We are very pleased to announce that we are expecting an addition to our family. Thank you to all our well-wishers for all their love and support."

Kareena is one of the most successful actresses of Bollywood. She broke stereotypes and continue to do some good projects. The lady has some good projects in her kitty. She will be seen in Aamir Khan starrer Laal Singh Chaddha and Karan Johar's Takht.

Recently, Bebo also made headlines for her take on nepotism. She said, "The audience has made us, nobody else has made us. The same people pointing fingers, they are only making these nepotistic stars. Nobody has forced you. So I don’t understand it. I find this whole discussion is completely weird."