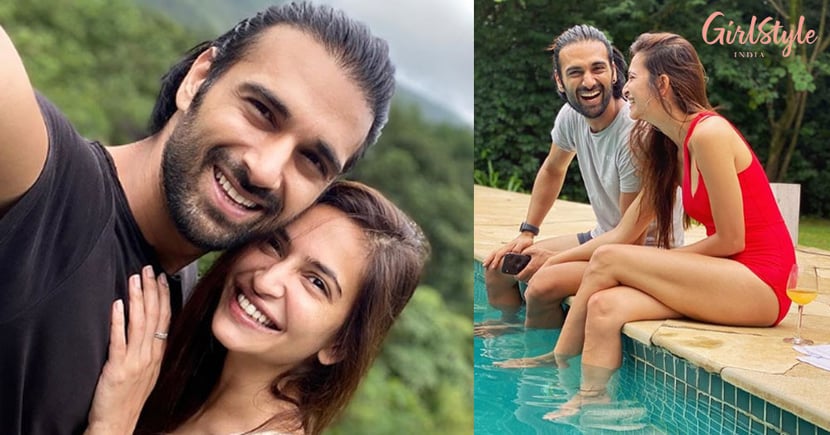 Actor Pulkit Samrat and girlfriend Kriti Kharbanda have been quite vocal about their relationship. They have been living together since lockdown and are updating fans with their latest loved-up pictures. Lately, the couple is holidaying in an undisclosed locations and their pictures prove that they are enjoying each other's company.

In one of the pictures, Kriti and Pulkit can be seen sitting by the poolside. Have a look at their latest pictures:

After keeping their relationship under wraps for a few months, Kriti confirmed that she is dating Pulkit. In an interview to ETimes, the actress said, "No, they are not rumours. We are dating each other. In all honesty, I wanted my parents to know first that I'm dating someone and when you start seeing someone, it's I think there's a time for everything when you're comfortable talking about it. Sometimes it can take five years; sometimes it can take five months. In our case, it was five months, but I'm in a very happy place and I have no qualms admitting that I am dating Pulkit Samrat."

On the professional front, both the stars will be seen working together again in Bejoy Nambiar’s Taish. The film is slated to release next year.