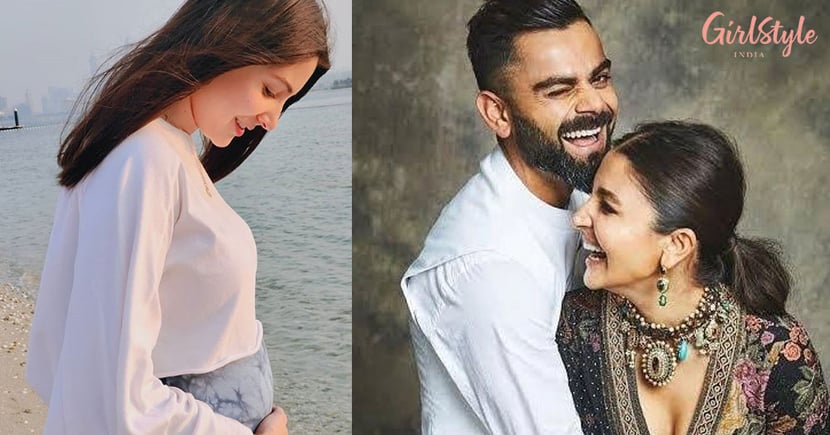 Anushka Sharma, who is expecting her first child with Virat Kohli, recently shared a beautiful picture in which she can be seen cradling her baby bump. Wearing a white shirt and printed skirt, she looked beautiful as always. However, it was Virat Kohli's comment that got all the attention. He wrote, "My whole world in one frame."

The actress captioned the picture as, "Nothing is more real & humbling than experiencing creation of life in you. When this is not in your control then really what is?"

Anushka and Virat took wedding vows in 2017 after dating for almost five years. The couple never fails to give us relationship goals. Recently, they announced that they are expecting their first child. While talking about parenting, Virat said, "It puts things into perspective for you. It is difficult to describe how you feel, but when we found it, we were over the moon. The kind of love that was showered on us when we announced it was amazing. People were genuinely so emotional and happy for us. We are looking forward to the third member joining the clan."

On the professional front, Anushka has not signed any film after Zero. However, she produced Pataal Lok and Bulbul. Both the projects got a very good response.