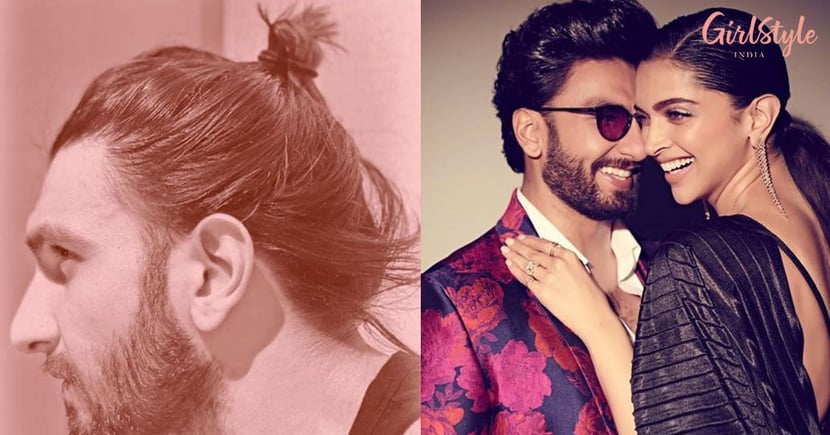 Ranveer Singh and Deepika Padukone have been giving some serious relationship goals. From working out together to making fun of each other, the couple makes us believe that love is beautiful. Recently, the handsome hunk flaunted his new hairstyle made by his personal hairstylist, Deepika. The actor thinks that his hairstyle is similar to Japanese actor Toshiro Mifune from his 1961 samurai film Yojimbo.

Sharing the picture on social media, he said, "Hair by: @deepikapadukone Very Mifune in ‘Yojimbo’.I like it. What do you think?"

As soon as he posted the picture, Deepika quickly inquired, "who took the picture?"

There is no denying the fact that both the stars are head over heels in love with each other. Earlier, Ranveer had said, "Earlier, he said, "I think I wouldn't have been able to cope with the pressures of being a movie star, if she wouldn't have been there. I would have been lost."

On the professional front, Ranveer and Deepika will be seen together in '83. The movie is based on India's World Cup victory. He will be seen playing the role of Kapil Dev. The release date of the movie has been pushed as the makers plans to release it in theaters and not on OTT platform.