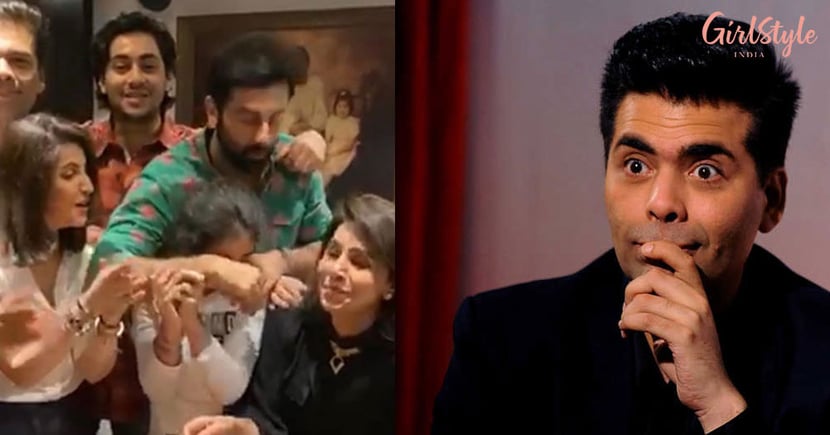 Filmmaker Karan Johar recently made his first appearance post Sushant Singh Rajput's demise at Neetu Kapoor's birthday bash. After pictures from the bash surfaced on the internet, Karan is being trolled again. A couple of days back, Karan's friend revealed that post Sushant's demise, the director is shattered and constantly crying. He even said that his twins are also getting death threats.

Check out how netizens reacted:

2nd thing..wat Nepo leader is doing dere with kapoor family time🤔
As per news article...#KaranJohar was depressed until yesterday par aaj bounce back karke party karne aa gaye...
So all these are PR stunt to gain sympathy !!! Simply waaoooo

Wasn't #KaranJohar playing the victim card saying he was heartbroken at the backlash he received for being mean to Sushant? And here he is, partying. While Sushant's family is grieving his death. Sick of Karan's PR games. #BoycottKaranJohar

Just few days back, news was @karanjohar was crying his eyes out”what have I done to deserve it”wasn’t able to speak and what not..doesnt seem that way from these pics.. Liar 🤥 #justiceforSushantforum #CBIForMurderedSushant #CBIEnquiryForSushantSinghRajput @itsSSR

Talking about Karan, his friend earlier said, "It’s the fact that those close to him are being attacked that makes Karan feel really guilty. His 3-year old twins are getting death threats. Somebody like Ananya Pandey who has no connection with Sushant, had a hater on the social media platform asking her to commit suicide to compensate for Sushant’s death."

He also added, "None at all. Lawyers’ advice. Better to keep mum. Karan is in no condition to speak. The fight has gone out of him. He looks like a man beaten by fate. It’s not a pleasant experience to speak to Karan. He breaks down and cries when we call him. He is constantly crying and asking what he has done to deserve this.

After Sushant was found hanging at his apartment, Karan was at the receiving end of criticism.