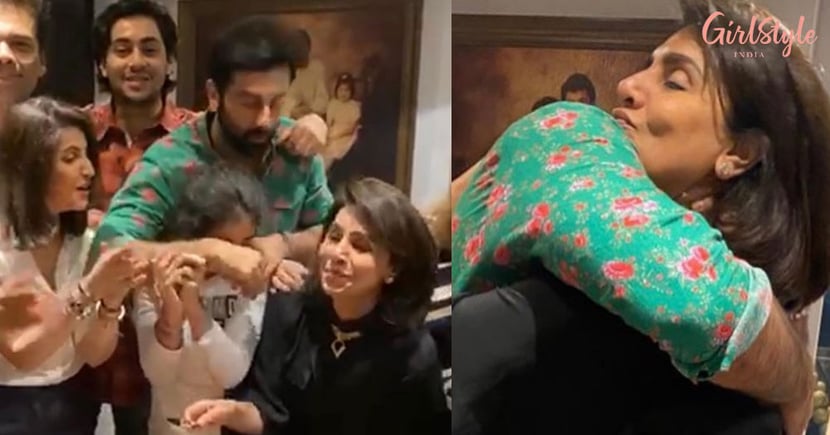 Veteran actress Neetu Kapoor turned 62 on Wednesday and the lady had an intimate birthday party with her son Ranbir Kapoor along with her close friends from the industry. Karan Johar also made his first appearance days after Sushant Singh Rajput's death. In the pictures shared by Neetu, Ranbir can be seen giving her a tight hug. Alia Bhatt gave the party a miss.

Sharing the pictures, Neetu wrote, "The richest are the ones with good relationships. We all need love, support strength from our loved ones always. I feel the richest today."

A post shared by Riddhima Kapoor Sahni (RKS) (@riddhimakapoorsahniofficial) on Jul 7, 2020 at 11:36am PDT

The dinner was hosted by Riddhima Kapoor at her residence. It was the first celebration for Kapoors post Rishi Kapoor's demise. After years of battle with cancer, Rishi died in Mumbai. The veteran actor passed away in April.

Neetu and Rishi have earlier worked together in films like Amar Akbar Anthony, Khel Khel Mein and Rafoo Chakkar and more.

Alia and Ranbir are dating for quite some time. Speculations were rife that they are planning to get married but nothing is confirmed as of now.

On a related note, Ranbir has some good projects in his kitty. He will be seen in YRF's Shamshera alongside Vaani Kapoor.