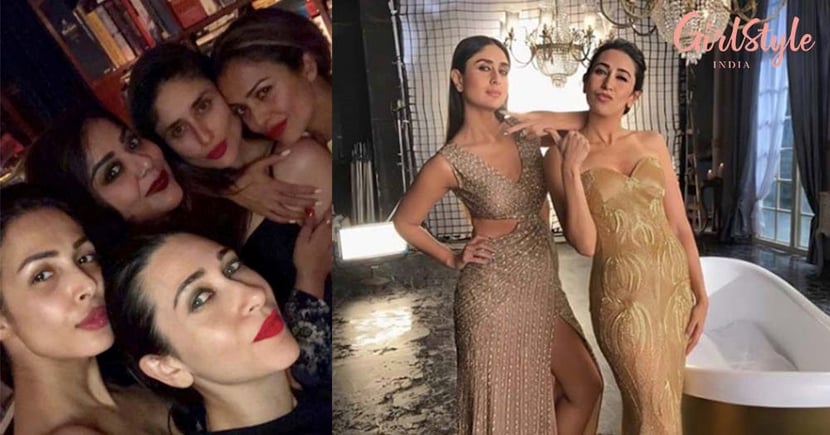 Earlier today, actresses Malaika Arora, Amrita Arora and Sonam Kapoor took to their social media & wished actress Karisma Kapoor on her birthday. Although their wishes are too sweet for words, the fans have been eagerly waiting for her sister and actress Kareena Kapoor Khan's birthday wish. And Kareena Kapoor being the *most amazing sister* she already is, leaves no scope to impress. The actress is winning our hearts with her gram game on point while she penned down the most adorable birthday wish for her elder sibling Karisma.

Calling her bond with Karisma the purest and the most precious love, Karena poured her heart out for Lolo, as she lovingly calls her.

After Kareena shared the heart-warming wish for her 'sister, second mother and best friend', Karisma Kapoor, her elder sister also had some sweet words to say. Check out her reply below:

Kareena Kapoor Khan shared a beautiful video with Karisma's childhood & other pictures alongside the lovely birthday message. Kareena wrote, " To the most purest, most precious love ever! My sister, my second mother and my best friend...To the ultimate Diva... Happy birthday Lolo @therealkarismakapoor! ❤
May our morning phone chats last forever ❤".

The 'OG' Kapoor sisters of Bollywood (as called by Filmmaker Rhea Kapoor in the same post) are too cute for words in this post and the adorable photo of the duo is sure to leave you smiling.

Take a look at the birthday wishes from her girl-gang below:

Happy happy birthday @therealkarismakapoor . You are our inspiration for hard work determination and doing things no matter the challenges.. also thanks for paving the way for the Kapoor girls in movies.. if it weren’t for you we all wouldn’t be here.. love you ❤️ Happy birthday my darling @therealkarismakapoor ❤️ To my unwavering,loyal ,strong voice of reason person ... we love you 🍷🍷😍😍❤️❤️❤️❤️❤️❤️

Here's wishing Karisma Kapoor a very Happy Birthday. You sure are the *ultimate diva*of B-town!