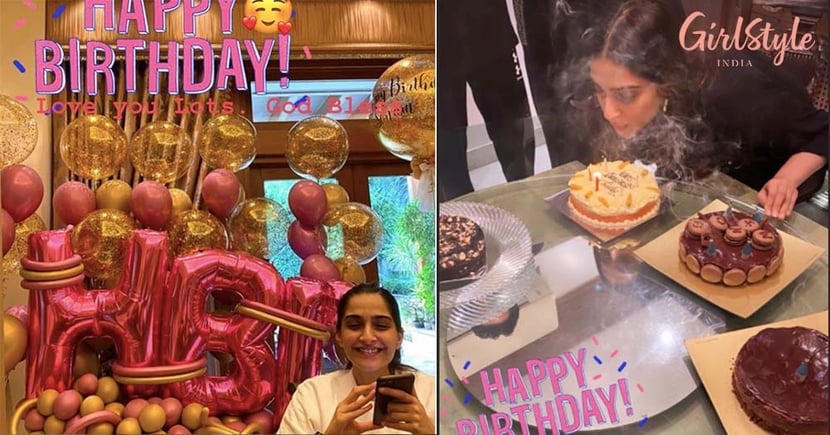 B-towns darling diva Sonam Kapoor turns a year older today and the wishes from all her fans and followers have been pouring in non stop. The first surprise that the actress received was from her hubby dearest. The couple jetted off to Mumbai on the occasion of Sonam's  birthday so that she can meet her family members after staying away from them for months due to lockdown.  The Veere Di Wedding actress was on cloud 9 after meeting her sister Rhea and parents.

The mini birthday bash arranged for Sonam was delightful. The actress got an opportunity to cut multiple cakes. The actress was extremely over whelmed with love and surprises. Rhea took the opportunity to snap the pictures of her sister as she cuts her cakes and shared them on her social media account, for all the fans to see. Not only that, while Sonam was in Delhi, her mom - in - law Priya Ahuja arranged for a beautiful balloon decor to surprise Sonam for her birthday.