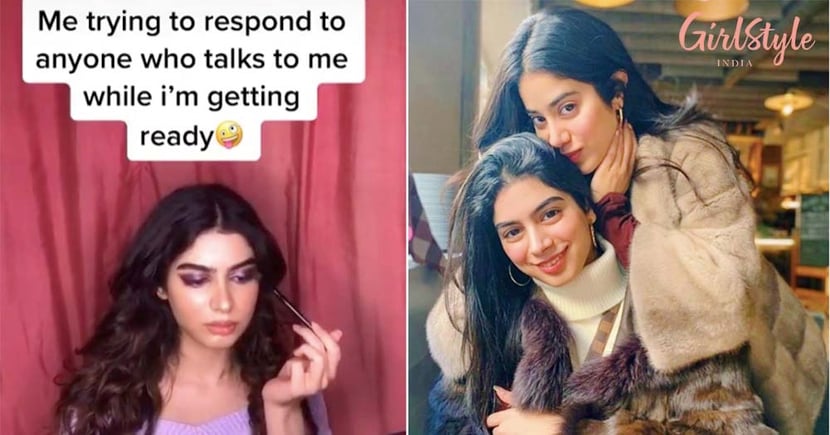 Even though young star Khushi Kapoor had kept her Instagram private to keep it away from the eyes of trollers and cyber bullies, she is quite active on her tiktok account. The young miss Kapoor joined the controversial app a few weeks ago and since then she has been constantly entertaining all her fans and followers with new videos of herself every now and then. The video of Khushi and her sister Janhvi took the social media by storm but the makeup junkie also often shares cute and makeup related videos of herself.

Over the weekend the young celeb shared a video of herself and we are just in awe of her. In the video we see the Khushi donning a purple top with eye catching eye makeup of similar colour. In the video we can see Khushi trying to do her makeup while someone calling her (off camera) seems to be distracting her and she is half heartedly responding to the call. One thing is for sure that we can related to Khushi during moments like these.

Aside from her exceptional acting skills, Khushi Kapoor is also an ace photographer and she proved the same  when she captured her sister and pet's beautiful picture that went on to be the cover picture of a popular magazine. In her recent video 'Quarantine Tapes', Khushi also shared about her childhood and days of struggle while being compared to her mother and sister.