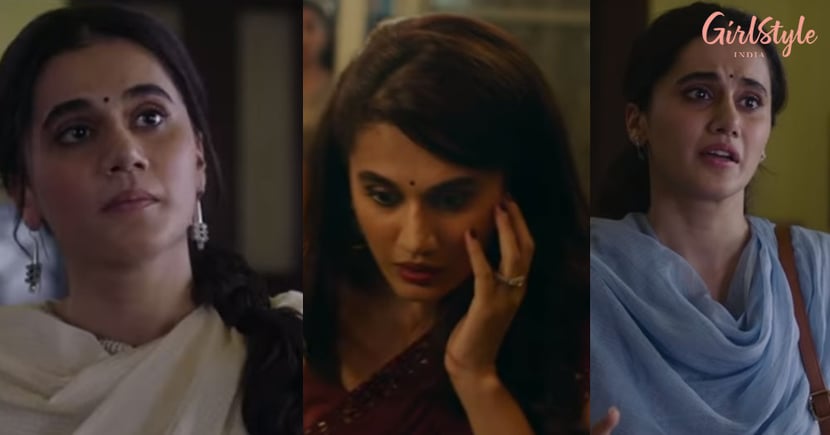 Thappad Trailer: Taapsee Pannu's Film Is A Tight Slap To Those Who Think *Marpeet Is An Expression Of Love*

Have you watched Kabir Singh? If not, you might have seen director Sandeep Vanga Reddy's interview where he said that slapping is an expression of love. Well, it seems like the makers of Kabir Singh and all those who think that it's normal for a husband to slap his wife, should watch the trailer of Thappad. Yes, Taapsee Pannu and Anubhav Sinha collaborated for the second time and the result is amazing.

The trailer starts with a lawyer asking Taapsee the reason she is not going back to her husband. When she said that he slapped her, the lawyer responded saying, just a slap? Taapsee says, 'just a slap but he can't hit me'.

After Taapsee's husband, played by Pavail Gulati, slapped her at the party, things change between them. People ask her to forget it as it is a normal thing. We see many scenes and dialogues saying that women should adjust in their marriage.

With some hard-hitting dialogues and an extremely talented supporting cast, the film raises a question that deserves to be heard.

Thappad is a tight slap in the face of people who justified a misogynistic film like Kabir Singh.

It's high time people should understand that slapping is not a form of love but it accounts to domestic violence.

On a related note, the movie also features  Ratna Pathak Shah, Manav Kaul, Dia Mirza and Tanvi Azmi. It is all set to hit the screens on February 28.

Thanks Taapsee for giving us this gem!