Check out our social media 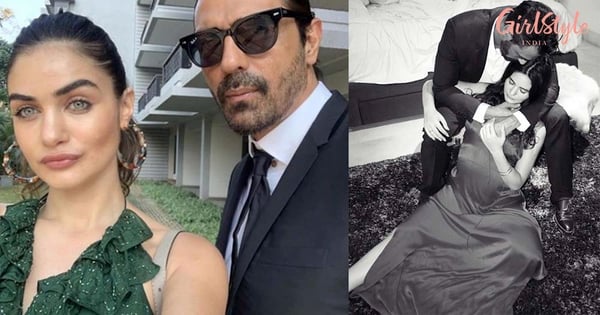 Arjun Rampal a Bollywood actor, screenwriter, producer and model has just announced that he and his girlfriend Gabriella Demetriades are expecting their first baby together.  Both soon-to-be parents took it to their Instagram and shared the big news with their fans. They posted an adorable picture to share the happy pregnancy news with everyone.

The actor shared the post with the caption" Blessed to have you and start all over again....thank you baby for this baby ??" Whereas soon-to-be mommy Gabriella captioned it as," Grateful for you two ❤️ can’t wait to meet you ..."

Arjun Rampal and Gabriella met back in the year 2009 during an IPL bash. The two started dating a few years later after Arjun decided to part ways with his wife Mehr in 2018. Sadly, the couple had divorced after 20 long years of togetherness. Mehr Jesia, his first wife was former Miss India and supermodel. They also have two daughters together, named Mahikaa and Myra who are 17 and 14 years old respectively.

A post shared by Gabriella Demetriades (@gabriellademetriades) on Feb 12, 2019 at 3:52am PST

Gabriella is a South African designer, model and actress, who made her debut in Bollywood with the movie Sonali Cable. However, later during an interview, she stated that she does not plan to have a career in Bollywood and is quite content with her position in the fashion domain with her label called Deme by Gabrielle.