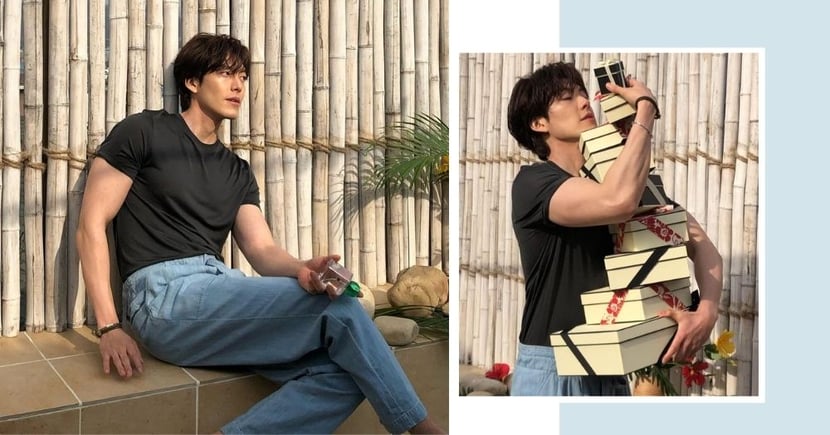 Popular Korean actor Kim Woo Bin, who has starred in hit K-dramas like The Heirs and Uncontrollably Fond, was diagnosed with nasopharyngeal cancer back in 2017, to the shock of many fans.

He then went on an indefinite hiatus to focus on treatment, with his actress girlfriend, Shin Min Ah, staying by his side giving him full support. Thankfully, the 31-year-old has made his return to the public eye in better health in the past year or so, partaking in photoshoots and filming for his upcoming movie.

In photos posted to his Instagram account a few days back, Kim Woo Bin stunned with his buff physique, showing how he has successfully bounced back from cancer. In his first Instagram post last November, he introduced himself in his caption with "Hello, this is Kim Woo Bin", and has been frequently updating his account with snippets of him at work or in his leisure time since then. But it was his most recent post uploaded last week that caught the most attention. He wore a simple tee with oversized jeans in the photos, grasped a perfume bottle in his hand and posed looking away from the camera. Apart from looking effortlessly good in a simple outfit, netizens marvelled at his broad shoulders and muscular arms, and were in awe at how quickly he bounced back to tip top condition after recovering from cancer. Some also commented that "he looks healthy" and "has a buff body". We are sure it took him a lot of effort to get to where he is now, and we are glad that he is back stronger!

Fans of Kim Woo Bin can catch him next in the upcoming sci-fi film Alien.

While you are here, check out these other celebrity stories: