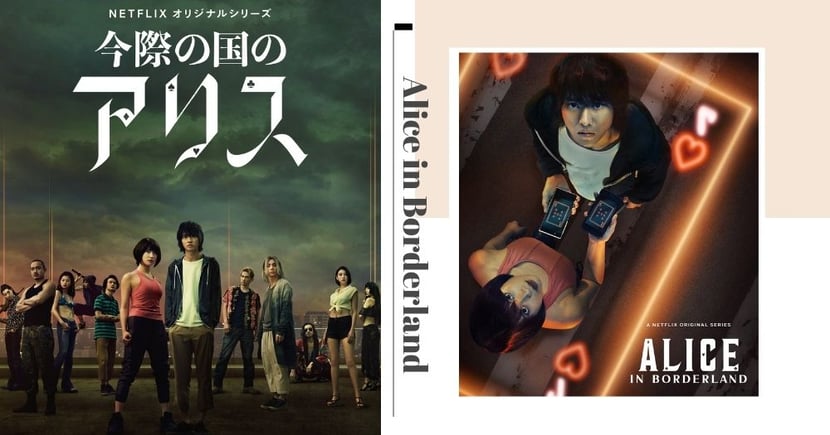 Netflix has been on a roll recently with an array of thrilling movies and dramas to stream, from Korean zombie movie #ALIVE to humans turning into savage monsters in Sweet Home.

Another new addition that has been trending recently is Alice in Borderland, a Japanese sci-fi thriller based on a popular manga.

This is also a must-watch and here are five reasons why. Alice in Borderland is adapted from the manga of the same name by Haro Aso.

The story revolves around Arisu and his two best friends, Karube and Chota. The trio find themselves lost in an abandoned Tokyo one day and are forced to participate in dangerous, life-and-death games.

Those who survive each game will be awarded with visas in the form of poker cards. The number on the cards represent how many days they have to live. Their life ends if they don't participate in another game before their visa is up. As if that intense plot is not enough to keep us on our toes, Alice in Borderland manages to blow our minds with plot twists in every episode.

Those who love watching shows that will constantly surprise you should definitely start binge watching Alice in Borderland soon!

#3 Will transport you to a whole new world While the probability of those risky and sadistic games happening in real life is almost zero, it's still interesting to see or imagine how humans would actually react in those situations.

Alice in Borderland will transport you to a whole new world where people's darkest secrets are exposed and moral values are tested.

You will probably catch yourself asking this question many times while watching: What would I do if I was one of them?

#4 It has been popular since its launch Alice in Borderland has been popular ever since its launch on 10 December not just in Japan, but also in Malaysia, Singapore, Taiwan and more. It's currently also number three in the 'Top 10 in Singapore Today' list on Netflix (at the time of writing)!

Google searches for the manga also shot up globally around the time of its series adaptation release, according to Netflix.

If you haven't jumped on the bandwagon, now is definitely the time to do so!

#5 It has been renewed for a second season It's so popular that just slightly more than two weeks after its release, Netflix has confirmed that the series will be returning with season 2! However, no official release date for the second season has been revealed as of yet.

Time to start watching season 1 now before you miss out on all the fun!

While you are here, find out how you can watch new K-dramas with English subtitles and in HD quality the same time they air in Korea.