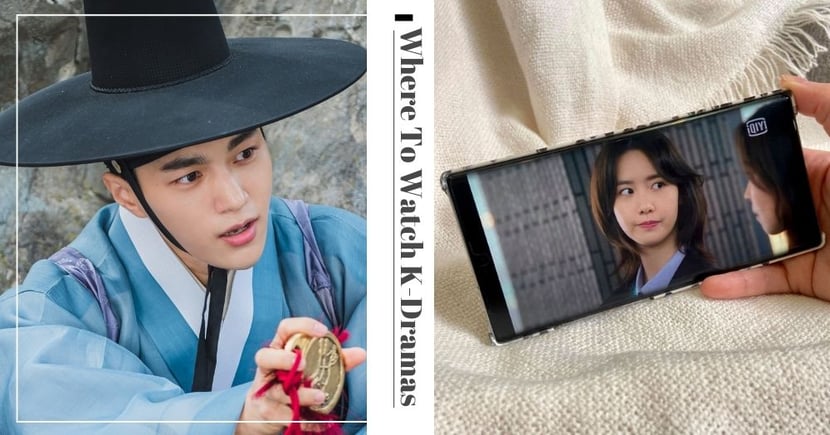 Having to wait for your favourite Korean dramas to be subbed a day or two later is annoying, especially when the previous episode ended on a cliffhanger! You also risk seeing spoilers on social media while waiting for the subtitles, as the episodes would have already aired in Korea.

But what if we told you there's no need to worry about that anymore?

There are two new K-dramas that can be watched on www.iQ.com or on the go using a mobile app that is free to download, with English subtitles and in HD quality at the same time as they air in Korea.

Sounds too good to be true? Well, it's not!

Currently, the two new hottest K-dramas are Hush and Royal Secret Agent. As both dramas star K-pop big names as their leads, viewers have been anticipating seeing their idols on screen showcasing their acting chops.

Here's why you need to add Hush and Royal Secret Agent to your watchlist: Girls' Generation's Yoona leads the show together with veteran movie actor, Hwang Jung Min, in Hush. The workplace drama focuses on the lives of newspaper reporters, their everyday ups and downs, and ethical dilemmas. Han Jun Hyeok (Hwang Jung Min) is a seasoned reporter who first became one to pursue justice, but is now conflicted between choosing idealism or pragmatism. He also deals with personal family issues as a husband and father. Lee Ji Soo (Yoona) is a daring intern reporter who isn't afraid to speak her mind, even during a job interview. She meets Han Jun Hyeok as her mentor and begins to dream of becoming a true journalist. Things to look out for in Hush: Royal Secret Agent stars Infinite's Kim Myung Soo or L as fans would know him to be, Hello Venus' Kwon Nara, and actor Lee Yi Kyung. This period drama is a breath of fresh air among all the modern dramas aired in 2020 and mixes both comedy and mystery together to give viewers a fun ride! Sung Yi Gyeom (Kim Myung Soo) placed first in the state examination and now works at Hongmungwan, the Administrative and Research Department. But, he lives his life without any goals or ambitions. One day, he gets caught gambling and is assigned to work as a Secret Royal Inspector as a punishment where he has to eliminate crimes and corruption. He carries out his new job with the help of Hong Da In (Kwon Nara) and Park Chun Sam (Lee Yi Kyung). Things to look out for in Royal Secret Agent:

Where to watch Hush and Royal Secret Agent The two new dramas are actually iQIYI Original K-dramas that are only available for viewing exclusively via the iQIYI International mobile app or www.iQ.com outside of Korea!

But don't worry, because you will get to watch the dramas the same time as they air in Korea when you download the app. Catch Hush every Friday and Saturday at 10PM and Royal Secret Agent every Monday and Tuesday at 8.30PM.

Still thinking if you should download the iQIYI app? Here are four reasons why you need to do so now: Like we mentioned, the iQIYI app is totally free to download! You don't have to pay to stream, but you also have the option of enjoying VIP benefits such as advanced viewing, downloading of VIP content and more, at a low cost.

#2 A wide selection of K-dramas

Downloading the iQIYI app not only allows you to stream Hush and Royal Secret Agent, but also a wide selection of K-dramas of different genres such as The Spies Who Loved Me starring Eric Mun and Yoo In Na, Backstreet Rookie starring Ji Chang Wook and Kim Yoo Jung and Dinner Mate starring Song Seung Hun. We also hear that they are airing the Korean blockbuster, Jirisan, starring Jun Ji Hyun and Joo Ji Hoon next year!

A low quality resolution is capable of ruining the entire drama watching experience but you won't ever have to worry about that with the iQIYI app! HD resolution (720p) is available, even if you aren't an iQIYI VIP.

This post is brought to you by iQIYI International.