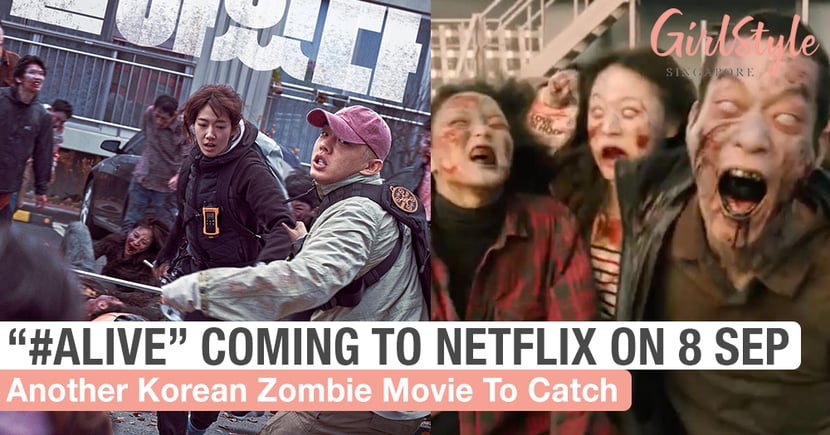 Korean zombie movie #ALIVE which premiered in Korea back in June was one of the most anticipated film releases apart from Peninsula, the sequel to Train to Busan.

The movie was not made available in Singapore's cinemas but now, fans of Korean zombie movies can finally catch it on Netflix. Starring Yoo Ah In and Park Shin Hye, the zombie survival thriller is about a mysterious outbreak that spreads throughout Seoul and grows out of control. This traps survivors alone inside their apartments without access to data, wifi, texting and phone calls.

The film garnered one million moviegoers within five days of its release in Korea although it premiered in the midst of a pandemic.

Check out the trailer below:

Well, the good news is that those outside of Korea can catch #ALIVE which will be made available for streaming on Netflix on 8 September 2020, less than two weeks from now!

It's time to mark your calendar and to plan a thrilling movie night with your bae or friends.