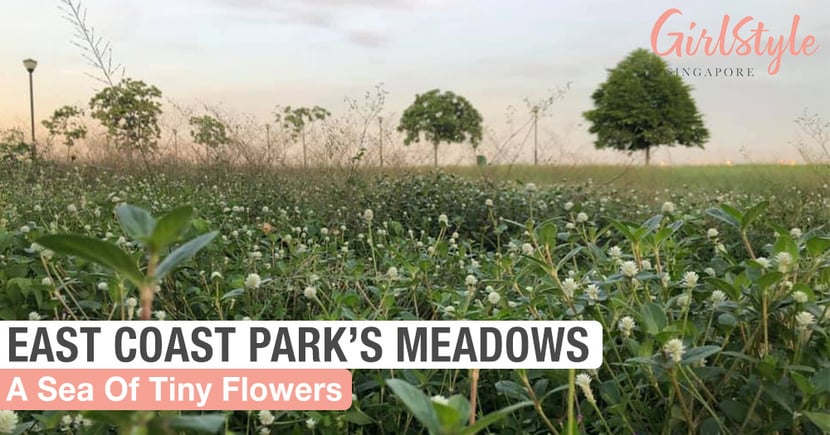 As countries around the world went into lockdown due to COVID-19, plenty of photos of nature reclaiming its spaces have surfaced on social media: Murky rivers turned crystal clear, animals returned to cities, and mountains finally became visible from afar thanks to lowered pollution from lack of commute.

Unbeknownst to many, Singapore’s nature has also quietly crept back to its original state. Well, sort of. Not in the form of monkeys running amok, thank goodness, but rather, with East Coast Park transforming into a gorgeous flower-filled meadow. In a post shared by Rachel Coombes in the Nature Society (Singapore) Facebook group on 20th May 2020, an unrecognisable East Coast Park at sunset is shown dotted with tiny white wildflowers.

Evidently, the grass hasn’t been cut for months, due to non-essential services being halted during the current circuit breaker. As such, the usually well-manicured grassy fields have become overrun with weeds, resulting in this unreal scene.

It probably also helps that people have been staying home, instead of having picnics or playing soccer on the fields. If not for her caption stating the location, one might think this is the rural countryside of a far-flung foreign land.

She says that this enchanting sea of blooms is located near Central Thai restaurant, along the side of the Bougainvillea Garden. According to knowledgeable members of the group, these flowers are either Gomphrena Celosioides (Prostrate Globe-Amaranth) or Alternanthera Sessilis (Carpetweed).

At time of writing, the post has garnered over 700 likes from members, with many commenting in disbelief over how beautiful the sight is. 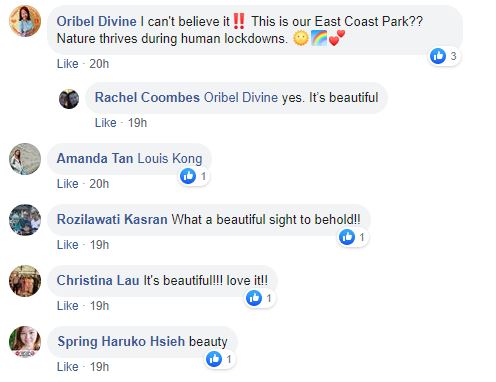 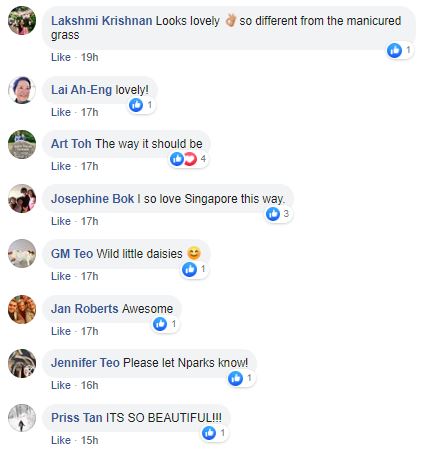 If anything, this just goes to show that nature can flourish even in a concrete jungle like Singapore - if only we were to let it.

Nature Society (Singapore) welcomes members from all walks of life who share a common passion for the environment.  Feel free to join here.