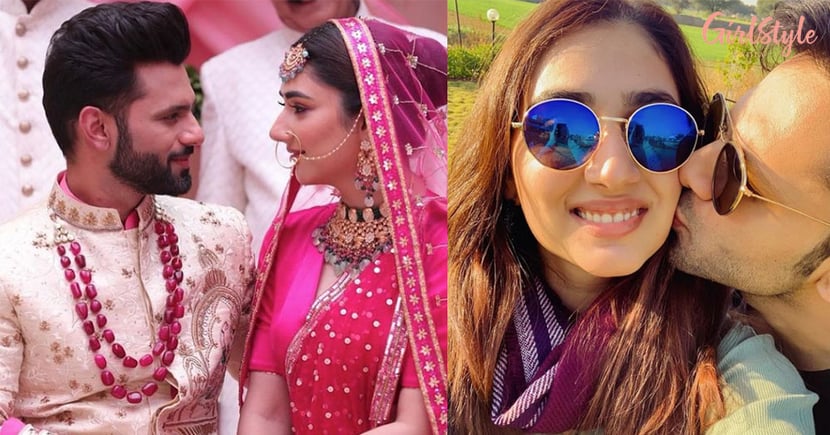 Bigg Boss fame Rahul Vaidya and his girlfriend Disha Parmar recently shared some pictures as groom and bride. They captioned the post as 'New Beginnings'. This made their fans curious and speculations started if they have already taken wedding vows. However, it was for a music video but their pictures are making us excited for their real wedding.

Have a look at pictures:

Rahul proposed to Disha on her birthday when he was inside the Bigg Boss house. She came on the show and accepted his proposal. Talking about marriage, the singer said, "He said, "We are still in the process of finalising a date, but marriage will happen in three to four months. Both of us are calm people. We aren’t fussy at all. I have performed at a lot of weddings and have witnessed all the grandeur, which is why I would prefer mine to be simple and intimate. We will host a function for the fraternity later."

On a related note, Rahul was the runner up of Bigg Boss. He lost the trophy to Rubina Dilaik. Disha made her acting debut with the daily soap, Pyaar Ka Dard Hai Meetha Meetha Pyara Pyara.