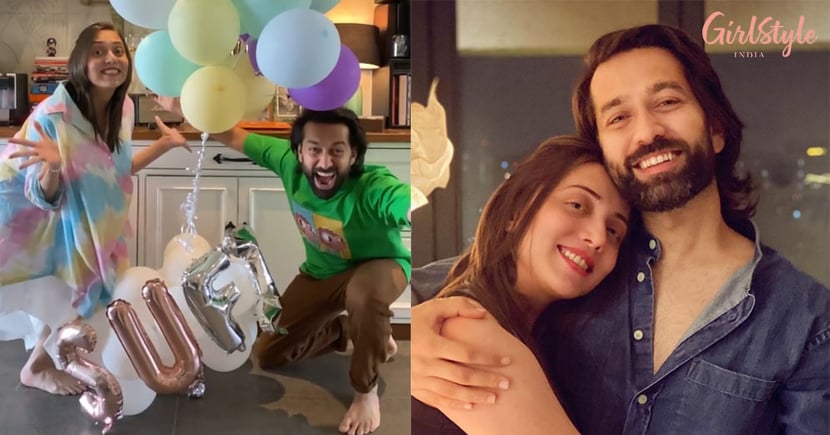 Nakuul Mehta and Jankee Parekh became proud parents of a baby boy on February 3. Now, the couple has revealed the name of their little bundle of happiness. He will be called Sufi. Isn't it a beautiful name? The couple shared a video on social media in which Sufi's name can be seen decorated with balloons. Both the stars look excited for this new journey.

Jankee wrote, "Sufi'. A name that we decided when I was 3 months pregnant for our to-be first born, irrespective of the gender. Sufi symbolises spirituality, art, philosophy, literature, soul, song and everything that we stand for. From the time you were born, you have filled up our lives and hearts with so much love & we just can’t get enough of you. Mamma & Dadaa love you #myforevervalentine."

While talking about the moment he became father, Nakuul told HT, "It was overwhelming to be in the operation theatre (OT) besides my wife, and watch my child being born. I had heard it often enough, but nothing prepares you for that kind of rush. It’s surreal, deeply emotional and yet magical in so many ways. I’m not sure if the fact that I’m a father has sunk in completely yet. We’re only a week into this, but I do feel infinite compassion and love for this new life and for everybody around me."

On a related note, the actor made his acting debut with  Pyaar Ka Dard Hai Meetha Meetha Pyaara Pyaara. He was also seen in Ishqbaaz and Dil Bole Oberoi.