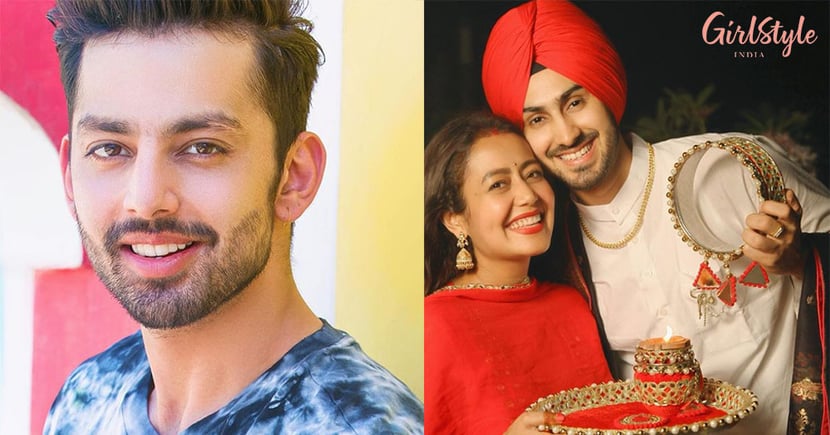 Neha Kakkar got married To Rohanpreet Singh and now the couple is enjoying their honeymoon in Dubai. However, her ex boyfriend Himansh Kohli is being trolled mercilessly. A couple of days back, a fake video surfaced in which Himansh was seen apologizing to Neha. He called the video manipulative and has finally spoken up on trolling that he has received after Neha's wedding.

Talking about it, Himansh told a media portal, "I have been ignoring such memes, DMs, comments, mentions, posts, etc. for two years now. I have been subjected to pathetic statements on social media which have literally spoilt my mood at that moment. Think about it, you are talking about your happy day, your special moment, your new project, or simply wishing someone happy birthday, and all the comments below are about your past relationship which didn’t work out. I still get those and I thought it’s time to put it to end once and for all."

He added, "I really want to request everyone who comments, Bhai Nehu ki shaadi ho gayi’, ki mujhe pata hai. I’m happy for the newlywed couple and I’m happy for myself. I am sick of this baseless trolling. And if people are really interested in only making fun of me, at least talk about relevant and recent things.

The actor further said that he is worried about his parents who are receiving abuses on social media just because of him. He said, "I don't feel scared for myself, but for my parents. I don't want their name to be tarnished, especially due to a controversy that I have no role in. It took some time for my parents to stop worrying about all the messages sent to them. People didn't even think once before abusing them through DMs and comments, questioning their integrity. They had to deal with all that because they are my parents and it's an awful feeling to put your parents through something like this. But they are wise and evolved with ease. However, I feel people need to evolve too."