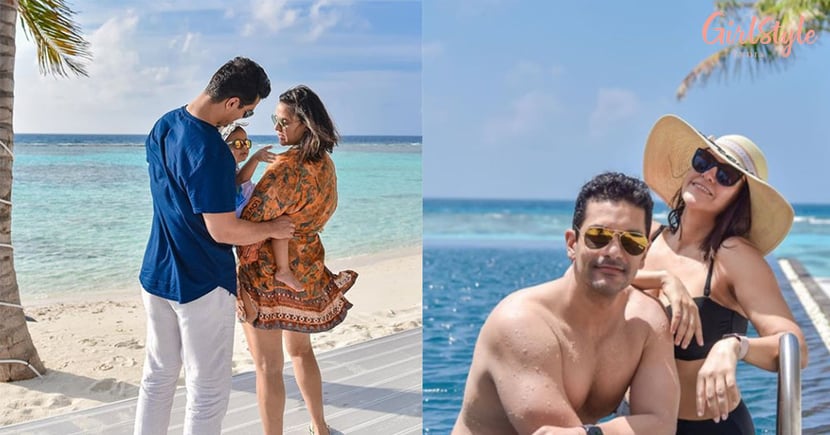 Neha Dhupia, Angad Bedi & Little Mehr Are Enjoying Their Vacation In The Maldives

Neha Dhupia, Angad Bedi and their daughter Mehr are currently holidaying in the Maldives. The pictures are here and going viral for all good reasons. From sim wear to breezy wear, the actress can be seen wearing stylish dresses. It seems like this is the favoutite travel destination of the entire family.

Have a look at their pictures:

Neha and Angad took wedding vows in 2018. They became proud parents of Mehr on the same year. Talking about her husband in 2018, Neha had said, "He tells me that he 1st saw me at the gym when I was 20 & told his friends, ‘I’m going to get to know her 1 day.’ When we moved to Bombay, we met at a mutual friend’s party–it was just us standing in the balcony. I saw a different side of him–beyond the jokes & wit, there was a sensitive man."

On the professionaal front, along with her chat show No Filter Neha, the lady was last seen in a  short film Devi with Kajol, Shruti Haasan, Neena Kulkarni and more. Angad, on the other hand, was last seen with Janhvi Kapoor in Gunjan Saxena: The Kargil Girl which released on Netflix.