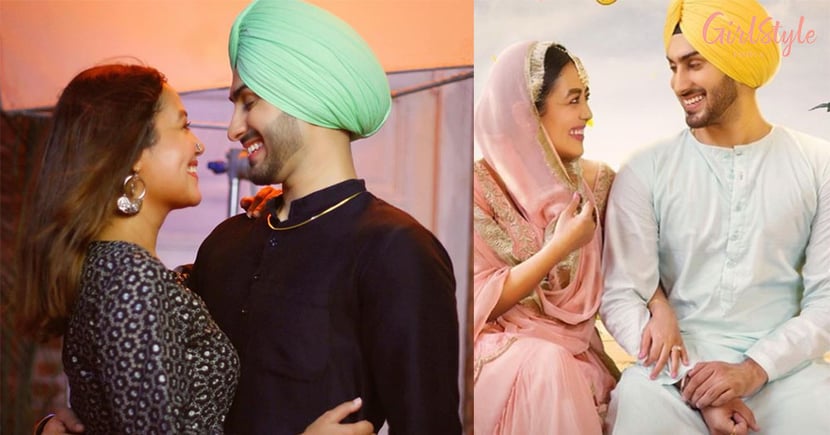 A couple of days back, Neha Kakkar and Rohanpreet Singh made their relationship Insta official. Rumours were rife that they are planning to take wedding vows by the end of this month. However, Neha's post also revealed that her first song with Rohanpreet is releasing soon. This made everyone confused if this is mere a publicity stunt.

Meanwhile, she shared another picture in which both of them can be seen lost in each other's eyes. She captioned it as, "Jab we met! @rohanpreetsingh #LoveAtFirstSight #NehuDaVyah #NehuPreet."

In one of the Instagram stories, Neha said, "Rohanpreet and Nehu together are #NehuPreet. But I have Rohu in my mind all the time, because of which I had written RohuPreet in my caption. Just now I corrected it. So all my Neheart and Rohu’s fans. We’re together #NehuPreet."

Neha's ex boyfriend Himansh Kohli also reacted to her wedding reports. While talking to TOI, he said, "Well if Neha is indeed getting married, I am happy for her. She's moving on in her life, she has somebody and it's great to see that."

On a related note, Neha's new song with Rohanpreet is releasing on October 21.