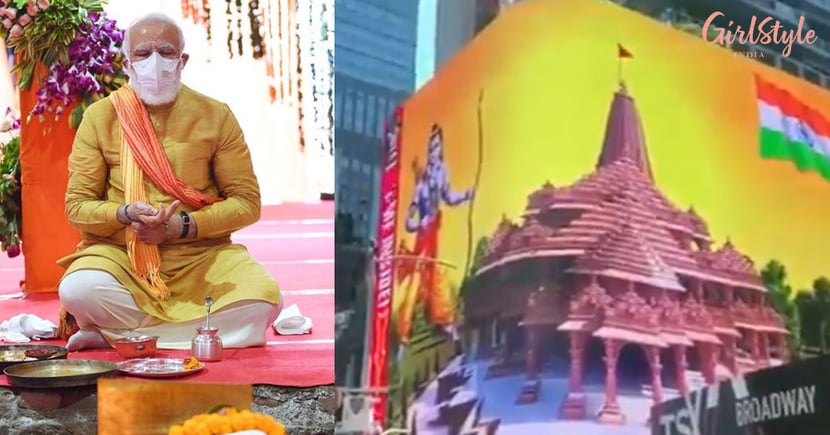 They say a history was created when PM Narendra Modi laid the foundation stone at Ram mandir in Ayodhya. The whole country celebrated by lighting diya as their centuries long dream will now be turning into reality. An image of Lord Ram and Ayodhya temple was displayed on a giant billboard in the iconic Times Square in New York. This was indeed a proud moment for every Indian.

PM Modi performed Bhumi Pujan amid shlokas which was aired live on TV. Priests in saffron outfits were seen chanting Lord Ram. The temple will be constructed in coming years and it is going to be the centre of attention for people all around the world.

Here are some pictures from the celebration:

The Supreme Court gave judgement in last November that a Ram mandir should be constructed at a site where 16th century Babri mosque was demolished in December 1992.

Kangana Ranaut is set to make a film on Ram temple and seems like something interesting has lined up for cinema lovers.