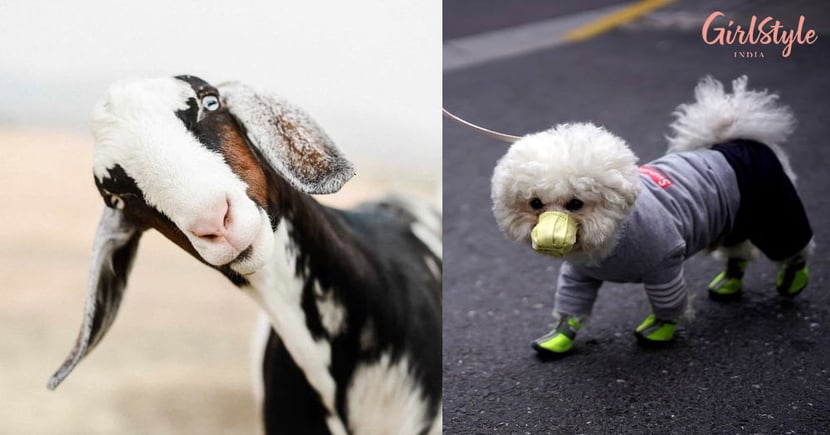 Goat Arrested In UP For Not Wearing Mask? Are You Thinking What We're Thinking?

Due to coronavirus, the government has made it compulsory in many states to wear masks. People who are violating the rules are being punished. However, in a shocking incident, the UP police arrested a goat at Beconganj area in Kanpur for not wearing a mask. It took place during the weekend when the goat was roaming and the cops took it to the police station.

When the owner came to know about it, he rushed to the police station. However, the news is not confirmed as there are several theories coming up. A police officer said, "People are now making their dogs wear a mask so why not a goat?"

This started a meme fest on social media.

Another officer told IANS, "When he saw the police, he ran away leaving the goat behind so the policemen brought the goat to the police station. Later, we handed over the goat to its owner."

People are also saying that police changed its version after a series of jokes.

In India, the number of coronavirus cases are increasing. The country is moving towards unlock 3. All eyes are on the vaccine.