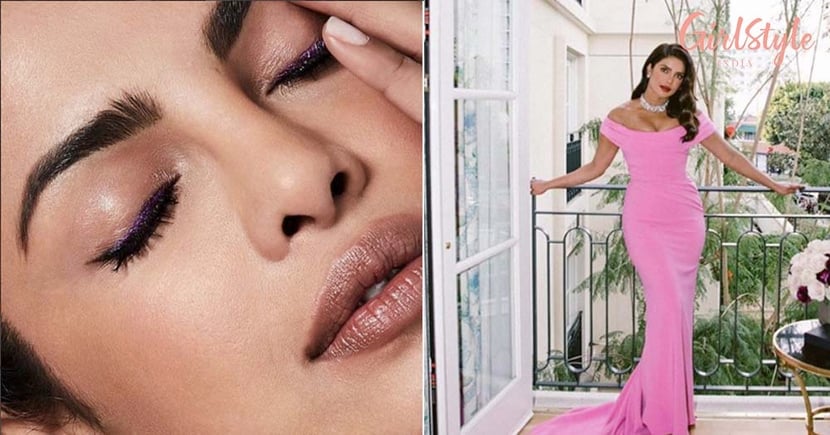 Actress Priyanka Chopra is definitely a woman on mission. From winning the tittle of Miss World 2000 to acting in side roles in the films to carrying the entire film on her shoulder, the actress has done it all. Not only that she has also made her debut as a singer, started her own award winning production house and now is ruling Hollywood film industry with her talent, glam and drool worthy red carpet looks. The actress is on her way to Global Domination as she always speaks about and is not going to stop anytime soon.

“The eyes Chico. They never lie.”

The fact someone as strong and as fierce as the actress, felt insecure and less confident about her self makes her even more admirable and realistic. In one of her interviews the actress shared “Growing up, I had very low self-esteem. I always felt different. I was insecure into my 20s, unsure of who I was”. The actress has always been known to be on the top of her game and for being strong and independent the fact she taught herself to be this confident and walk with her head held high becomes even more admirable.

The actress whose skin is loved by everyone, reveals her skincare and makeup rituals which she follows like holy grail. Take a look at some of the most important beauty secrets revealed by the actress herself.

The actress always apply's sunscreen and carries is with herself everywhere. It is extremely important for our skin to be safe from harmful uv rays and sun damage. She apply's sunscreen even before her makeup as it blends wonderfully into her skin.

The actress has a habit of getting rid of all the makeup before she goes off to sleep. She never sleeps with her makeup on as she knows it might just block her pores, cause breakouts and other skin problems.

On the days when she gets tired of feels low, the actress loves to apply bright lipstick as it catches the attention quickly and makes her feel happy and strong. Bright lipstick also adds a pop of colour to tired and exhausted face. Priyanka's all time favourite shade is  Ruby-Woo by Mac.

Even though the actress has got bushy eyebrows, she likes to emphasis them a little more with makeup. She prefers threading over waxing.

“The wound is the place where the Light enters you.” – Rumi #setlife #musings

Even though the actress can afford any and every skincare product available inspite of it's cost, she prefers desi nuskhas. Priyanka believes in applying Ubtan every once in a while to make sure her skin glows naturally and oils her hair with coconut oil to keep them healthy, glossy and strong.

Having a busy lifestyle tends to cause one to break their skincare routine but it seems that our desi girl is not one of those. The actress shares that she has a few quick skincare steps that she follows before starting her day and ending it. Be it on a plane, in the care or even after shooting, Priyanka manages to squeeze few extra minutes to pamper her skin.

Priyanka is a firm believer of what goes inside our body, shows on the outside of our body and hence the reason she always carries a bottle of water with herself. She drinks a lot of water and is always refilling her bottle as soon as it is empty.