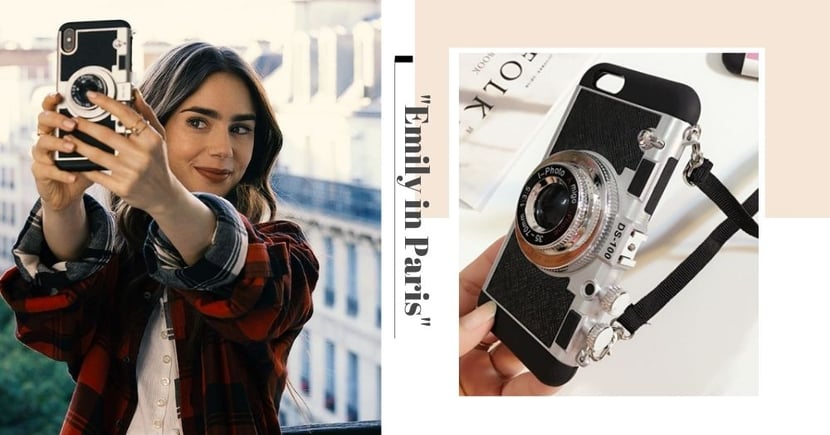 Unless you have been living under a rock, you would have most probably heard about Netflix's new American comedy-drama, Emily in Paris.

In it, Emily's unique 3D camera phone case has caught the viewers' attention and many have commented that they want the same phone case as Emily.

Well, we found one you can get on Shopee Singapore at less than $9!

Check it out below! This lighthearted drama set in Paris has gotten mixed reviews but it has also proven to be a popular series regardless, considering how it's number 2 in the 'Top 10 in Singapore Today' list on Netflix (at the time of writing).

Lily Collins plays Emily Cooper, a marketing executive from Chicago who is hired to provide an American perspective at a marketing firm in Paris. There, she struggles to succeed in the workplace, experiences culture clashes and searches for love in the City of Lights. As a millennial who has just moved to Paris for work and to help the marketing firm there with their social media strategies, Emily's camera phone case of course, plays a big part in the entire series.

She uses her phone to take selfies and photos to chronicle her life in Paris, which she then posts onto Instagram. Her smartphone encapsulated in that 3D camera phone case is in almost every scene and is definitely something hard to miss. The retro phone case looks like an actual camera with decorative lens, knobs and even a strap so you can sling it over your shoulders like a real camera. We found the exact phone case on Shopee Singapore and it's retailing for $8.92 here. Choose from the iPhone 6 to iPhone 11 models.

If you haven't watched Emily in Paris, you can jump on the bandwagon by streaming it on Netflix here.