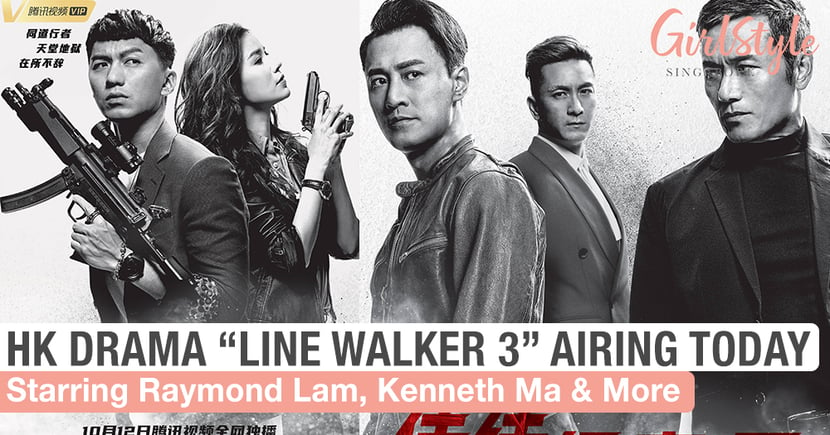 Fans of the popular Hong Kong drama, Line Walker (使徒行者), will be glad to know that the series is coming back with its third instalment today (12 October)!

Starring familiar faces as well as new additions to the franchise, Line Walker: Bull Fight, is undoubtedly one of the most anticipated Hong Kong dramas of the year. Raymond Lam, who played one of the main roles in the very first Line Walker series, is reprising his role as Sit Ka Keung in Line Walker: Bull Fight. This is perhaps one of the most exciting things to look forward to for many fans!

Kenneth Ma joins the star studded cast as a villain this time round, amping up the anticipation for the drama's premiere.

Michael Miu is of course, playing the charismatic Cheuk Hoi, who manages the undercover agents under his care. Other names to look out for in Line Walker: Bull Fight are Sisley Choi and Owen Cheung who are going to act out a forbidden love story between an undercover cop and gangster.

The black and white posters for the third instalment surely add an ominous vibe and gives fans a hint that it's going to be a wild ride.

Check out the intense and action-packed trailer for Line Walker: Bull Fight below:

Share this with a friend who loves the Line Walker series!