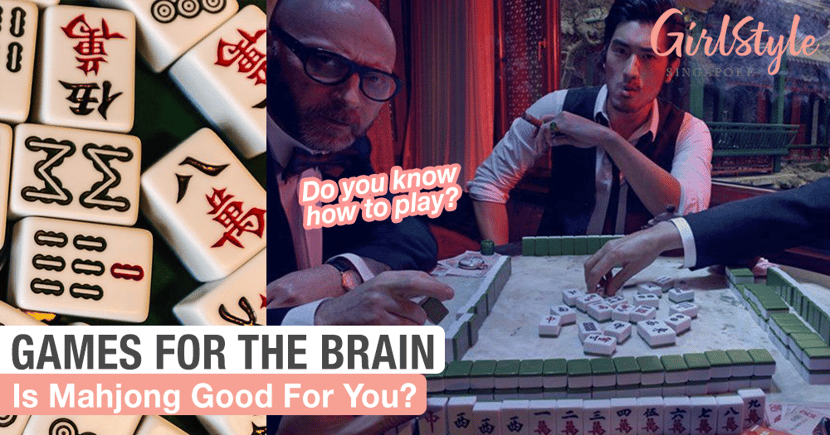 Games For The Brain, Is Mahjong Good For You?

Playing mahjong is good exercise for your brain?

Yes! It is said that mahjong is a great game for keeping the mind sharp. It is highly recommended among the elderly as a means of keeping their brains in good health. It is commonly played by four players and with some three-player variations found in Japan, South Korea and Southeast Asia. The game is widely played throughout Asia and has also become popular in Western countries. Mahjong has also been adapted into a widespread online entertainment, and there are many versions both in the rules and tiles used.

Read on more to find out how it benefits your brain!

Studies have shown that mahjong is a great game for keeping the mind sharp and it is recommended among the elderly as a means of keeping their brains in good health. Brain games such as chess and mahjong are highly encouraged among the elderly as they have been seen to improve significantly the memory skills of those who had been suffering from degenerative brain disorders.

Mahjong need cognitive skills and thus have the ability to treat or slow the effects of dementia. In order to be successful, players need to stay mentally sharp throughout the duration of the game, trying to interpret clues from other players while constructing a winning hand. It doesn’t matter how old you are, people of all ages are welcome to play mahjong. Children can have a great time, learning how to play mahjong online and enhance their concentration skills. Allowing them to The game is also an excellent child educational option as it helps to develop cognitive skills in all ages and as it requires a person to be calculating, intelligent and able to move with strategy.

Study shows that it might boost mental health for older people. Regularly playing mahjong was linked to reduced depression rates among middle-aged and older Chinese adults, according to researchers at the University of Georgia.

Maintaining an active social life well into adulthood and old age can be beneficial for mental health and Mahjong is a game that requires at least three people. It is an ideal way of socialising with people and paving the way for developing better social relations to boost mental health.

Inspired to start playing mahjong? You start by learning the rules of the game and download mahjong app to practice.

Check out the following to get started:

🀄Rules of Singapore Mahjong
🀄Learn How to Play Chinese Mahjong Step by Step
🀄Singaporean's Guide to Mahjong Winning Hand's Probability, Scoring and How to Mahjong
🀄Best 10 Games For Playing Mahjong

Share this article with your friends who love mahjong!❤️