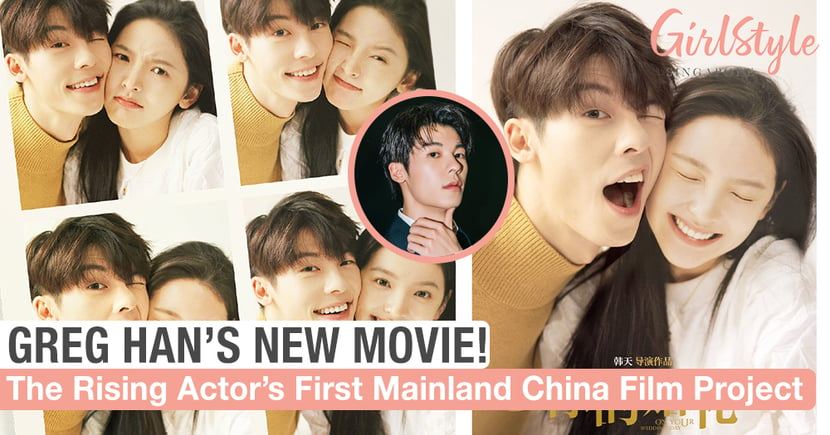 Up-and-coming actor Greg Han (许光汉) who captured everybody's hearts in his first lead role in hit 2019 Taiwanese drama Someday or One Day will be back with a new project soon! Greg has been acting in supporting roles since the start of his career and landed his first lead role last year in Someday or One Day which shot him to fame. Portraying two characters in his previous drama, the actor amassed a large fanbase in a short amount of time for his versatile acting skills and boyish good looks.

Now, fans will be glad to know that they will be able to catch the 29-year-old on the big screen soon as he is confirmed to be acting in his first Mainland China film, On Your Wedding Day (你的婚礼). Photo from @电影你的婚礼 via Weibo

Acting alongside him is rookie actress Zhang Ruo Nan (章若楠) and the film will follow the leads' love story over a span of 15 years.

Although it has not been confirmed as of yet, it seems like this film will be a remake of the 2018 Korean romcom movie of the same name, On Your Wedding Day. Photo from @青春光线 via Weibo

The official Weibo account for On Your Wedding Day (你的婚礼) uploaded adorable movie posters to announce the leads and according to the year stated on the posters, the movie will be filmed and screened this year. It seems like it won't be long wait after all!

Check out sweet moving poster below:

Are you excited for the premiere of this move? 😍