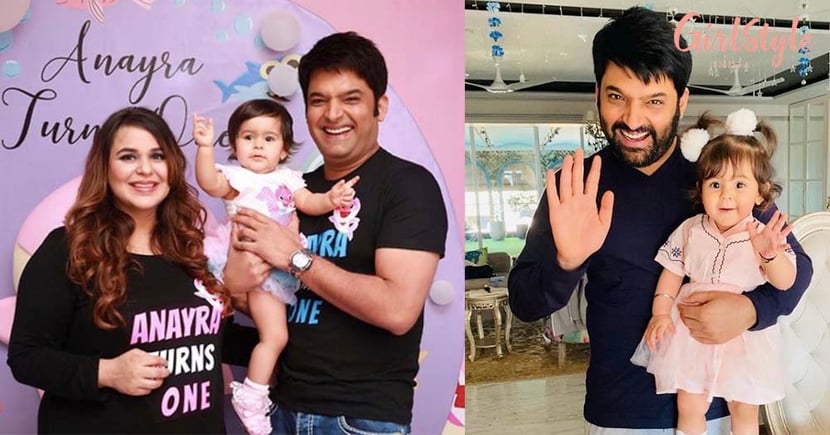 We are three months into 2021 and we can happily say it's raining celeb babies! Earlier this year, Anushka Sharma and Virat Kohli introduced the world to their little girl Vamika, while Kareena Kapoor and Saif Ali Khan welcomed their second baby boy.

Lisa Hayden announced her third-time pregnancy with a cute video in February while Dia Mirza recently gave all her fans a happy dose after announcing that she is pregnant. And while we are still waiting for Kareena and Saif to reveal the name of their newborn, actor and comedian Kapil Sharma has given us a reason to say goodbye to our Monday blues!

The TV host took to Twitter recently and revealed the name of his baby boy. So readers, meet Kapil and Ginni Chatrath's little champ - *Trishaan*! What a gorgeous name, isn't it?

Kapil celebrated his birthday on April 2 and thanked all his fans & friends for their warm wishes on social media. Singer Neeti Mohan, while wishing the actor, asked for his baby's name and wrote," Happy Birthday dearest @KapilSharmaK9 Pahji. Lots of love to you and your family. Ab to baby boy ka naam bata do." The TV host replied, "Thank you neeti. Hope ur taking well care of urself. We named him trishaan."

Kapil and Ginni welcomed their second baby Trishaan on February 1 and the actor informed his fans a few days later that he would reveal the name after the naamkaran ceremony.

On the professional front, Kapil will return with his talk show The Kapil Sharma Show in May and is all geared up to release his comedy special on Netflix soon.

We simply cannot wait to get a glimpse of little Trishaan soon!