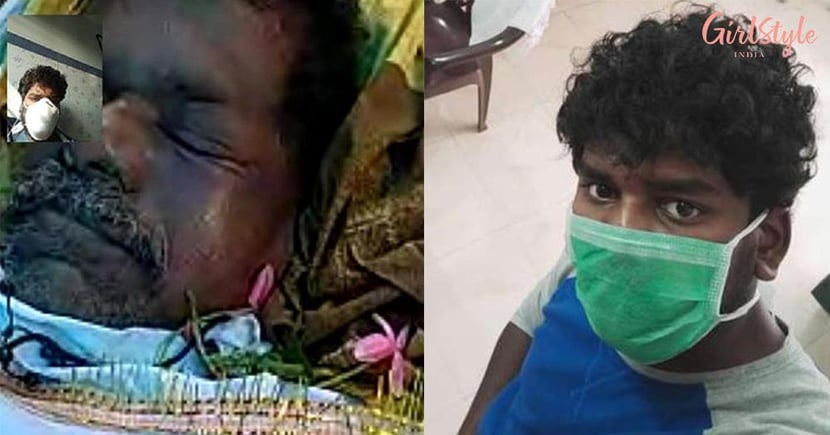 Coronavirus is spreading all over the world and people are taking precautionary measures to protect themselves. The government is getting people coming from other countries tested. A recent incident in Kerala will surely melt your heart. A quarantined Kerala man had to see his father from the isolation ward as the latter was being taken for his last rights.

On March 8, Lino Abel returned from Qatar as his father was hospitalized after he fell from his bed at home. With a travel history of COVID-19-hit country and having mild symptoms of cough, he immediately reported himself to health authorities after which he was kept in the isolation ward of the medical college hospital in Kottayam.

"Heard about LinoAbel, who couldn't attend the funeral of his dear father Sh. AbelOuseph, as he chose to stay in Isolation ward for suspected #Covid19 infection. I share Lino's grief & appreciate his sacrifice for the people of Kerala "- Hon'ble Governor Shri Arif Mohammed Khan pic.twitter.com/Qj3y9OJSyb

His father's condition got worse on March 9 and he passed away after suffering a stroke. Though they were in the same hospital, Lino couldn't meet his father. He saw his body being taken for the last rites through the window of the isolation ward. He saw his father's funeral through the video call.

In his post, Lino said, "If I had not reported myself, I could've seen my dad for one last time. But I did not, because decided not to spread the disease in case I was affected. The expats here please report to the health authorities. If you can spare a few days, you can spend rest of your time happily with your family."

Coronavirus scare has taken a toll on the world. Your life is important, take care and stay safe.